It certainly looks imposing, to say the least.

The X6 has been sitting at the top of BMW’s SUV portfolio for about a decade now, but it’s about to be dethroned by the first-ever X7 set to be previewed next week by a striking concept. Due to go on sale in 2018, the large-and-in-charge Sports Activity Vehicle can be best described as an SUV equivalent of the 7 Series, meaning it will cram all the technology and luxury to come from Bavaria. For something even more opulent from the BMW Group, the Rolls-Royce Cullinan is also due next year.

To set it apart from the smaller X5 & X6 duo, BMW will stretch the wheelbase to make room inside the cabin for a third row as demonstrated by the iPerformance concept packing six individual seats. Rumor has it an ultra-luxurious version of the X7 is on the agenda and it will get rid of the third row to effectively turn the flagship SUV into a four seater with ample legroom for those kicking back on the rear seats.

In order to make it worthy of its status in the continuously growing SUV offerings, BMW has decided to go all out with the concept. Take for example the kidney grille, which due to its sheer size is visible from the moon. It will be toned down a notch for the production model, much like those massive air vents up front. But some things will get bigger for the road version, such as headlights, side mirrors, and quite possibly the taillights as well. The huge glass roof probably won’t be as big on the final car, but even so it should prove to be one of the largest in the business given the X7’s imposing footprint. The strands of laser light incorporated into the roof will likely be reserved strictly for the concept. 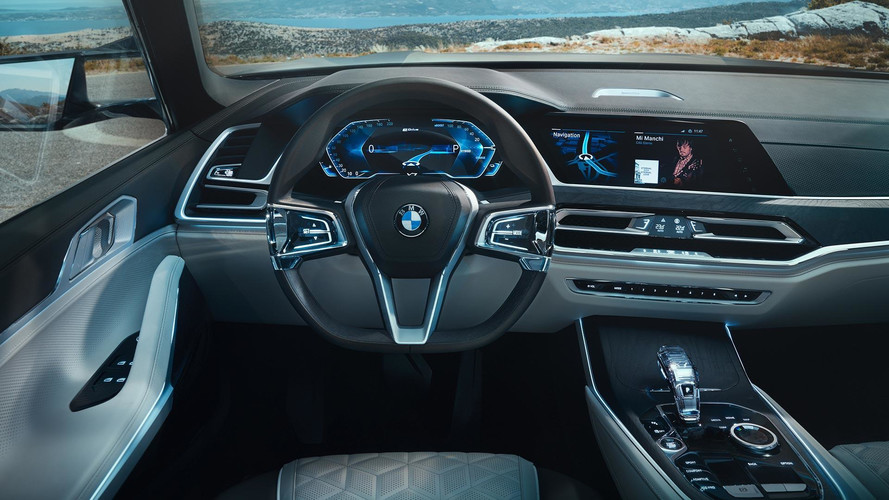 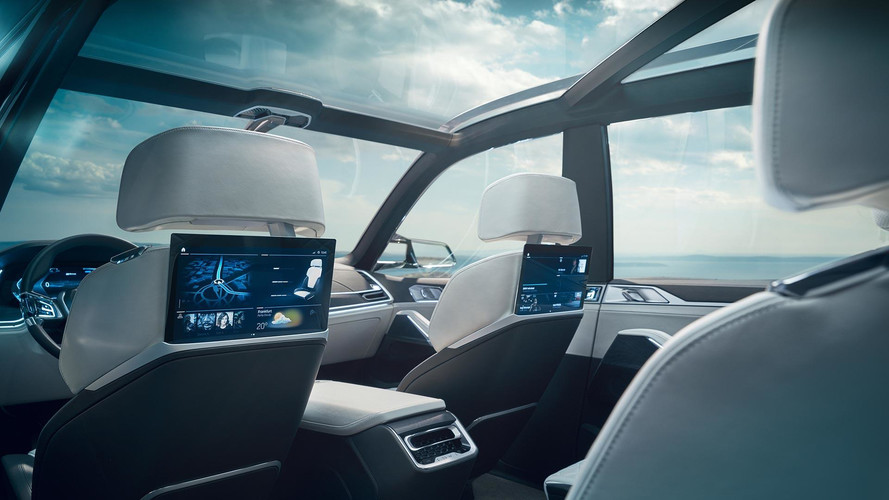 Additional modifications will occur inside the cabin where the SUV is expected to be transformed into a seven seater. While the appearance of the dashboard doesn’t stray way too far from BMWs you can buy today, it does look considerably more high-tech, a feeling also enhanced by the generous displays for those sitting on the second row.

BMW hasn’t said a word about what powers its luxury behemoth, but the use of “iPerformance” corroborated with the extra fuel cap indicates we are dealing with a plug-in hybrid setup. It remains to be seen whether the partially electrified concept has something to do with the 322-horsepower 740e we had the pleasure of reviewing last week. There is a distinct possibility a combustion engine bigger than the sedan’s four-cylinder 2.0-liter gasoline unit might have found its way inside the engine bay to make the powertrain fit for an SUV king.

We will know what’s what on Tuesday when the BMW Concept X7 iPerformance will be unveiled to the public at the 2017 Frankfurt Motor Show.