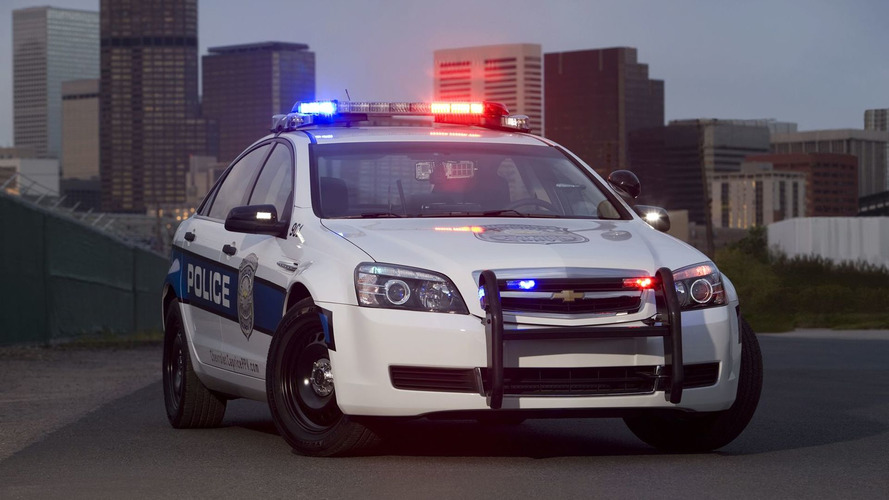 We have some more details for you about Chevy's new police car, the Caprice Police Patrol Vehicle. Will you be able to out-run it?

Chevrolet's latest rear-wheel-drive cop car, the 2011 Chevrolet Caprice Police Patrol Vehicle, will be available with both V6 and V8 engines.  The vehicle announcement took place in Denver, Colorado, during the International Association of Chiefs of Police annual conference.

Based on the Holden Statesmans/Caprice in Australia the high-end version of the PPV comes with a large, yet underpowered, 6.0-liter V8 engine that produces 355 horsepower.  The vehicle will have an estimated 0-60mph time of under six seconds, helped by the maximum 384 ft-lb of torque.  That time is not bad for what is likely a very heavy car.  Top speed figures were not released.

GM Fleet and Commercial Operations general manager Jim Campbell said that discussions with law enforcement departments played a key role in the PPV.  “We asked for a lot of feedback from our police customers, which helped us develop a vehicle that is superior to the Crown Victoria in key areas,” he said in a press release.

The barrier between front and back runs the vehicle's full width, and comes standard.  Side-curtain air bags are only available in the front, and do not come standard.  Front seats are customized for police use, providing added comfort for long-durations, and extra space for oversized equipment belts.

Police departments across North America will be able to order the vehicle next year, with delivery taking place in 2011.  The V6-engined model will not be available until 2012.

See press release below for further details and specs.