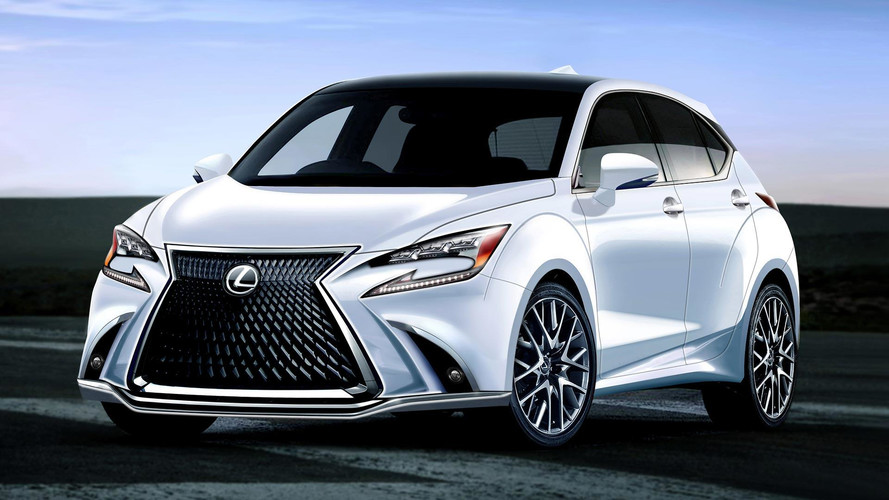 What if the hybrid hatchback became a crossover?

Lexus has decided to discontinue the CT 200h in the United States after the 2017 model year. However, it's still available other parts of the world, and there's even a styling refresh on the way. A new rendering imagines how the next generation of the hybrid hatchback might look if the model evolves into a little crossover. Lexus allegedly considered this transformation a few years ago as a way to boost the model's sales.

This design doesn't look anything like the existing CT 200h and picks up more cues from Lexus' line of crossovers, especially the NX. The company's spindle grille dominates the front end, and the headlights get the scorpion-tail-like flourishes from the latest LC and LS.

This shape would be a departure from Lexus' current design language, though. The company's latest products are moving towards a mix of long, smooth lines and chiseled details. This CT 200h is a little too round, especially around the fenders, to fit that look.

In the United States, the NX is now Lexus' entry-level product, but there would likely be room for an even smaller crossover to offer customers. A CT CUV could compete against popular models like the Buick Encore.

Meanwhile, the NX is quite a success for the company in the U.S. The CUV is currently the company's second-best selling product in the country with 36,946 deliveries for the year through August – up 10.7 percent from the same period last year. Only the RX beats it with a volume of 66,760 units.