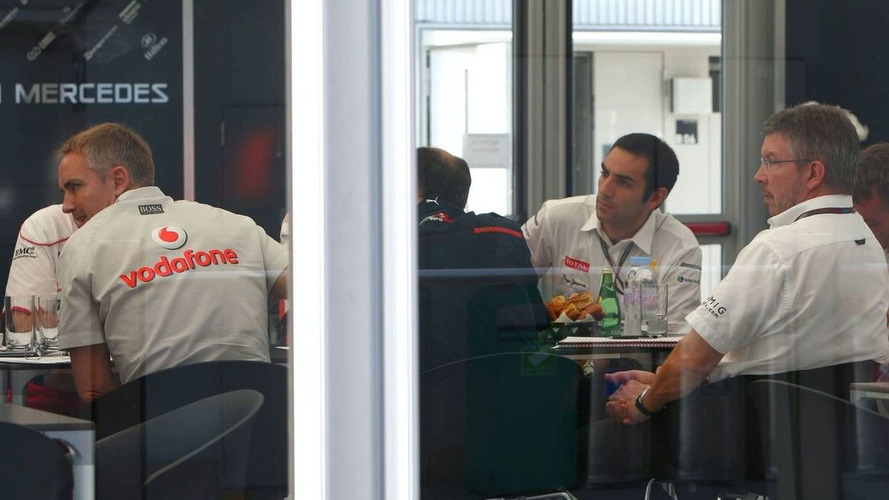 At a meeting of the FOTA alliance at Suzuka, a novel cost-cutting initiative for the forthcoming winter period was discussed.

At a meeting of the FOTA alliance at Suzuka, a novel cost-cutting initiative for the forthcoming winter period was discussed.

Formula One Teams Association deputy chairman John Howett told reporters after the meeting that several teams support the concept of organising a single event to officially launch all the cars ahead of the 2010 season.

Traditionally, teams reveal their new cars to the world's media at individual events.

But with the new era of limited testing, most teams are targeting the same period in January to have their new cars completed and ready to launch.

Also briefly discussed at the meeting was the issue of unanimously agreeing to allow a guaranteed 14th team entry for BMW-Sauber's new owner Qadbak.

Sir Frank Williams confirmed his opposition to extending the grid from the traditional 13 teams.

"It's illogical to change the rules suddenly for one extra person," he said, adding that Sauber may still be able to race next year if any of the new teams do not make it to Bahrain next March.

"They may have a chance of getting in based on the gossip that's going around," Williams said.

He said his reluctance is also based on the fact that almost nothing is known publicly about Qadbak, a consortium of anonymous wealthy families.