Why Wouldn't You Fit Your Car With Hello Kitty Tires? 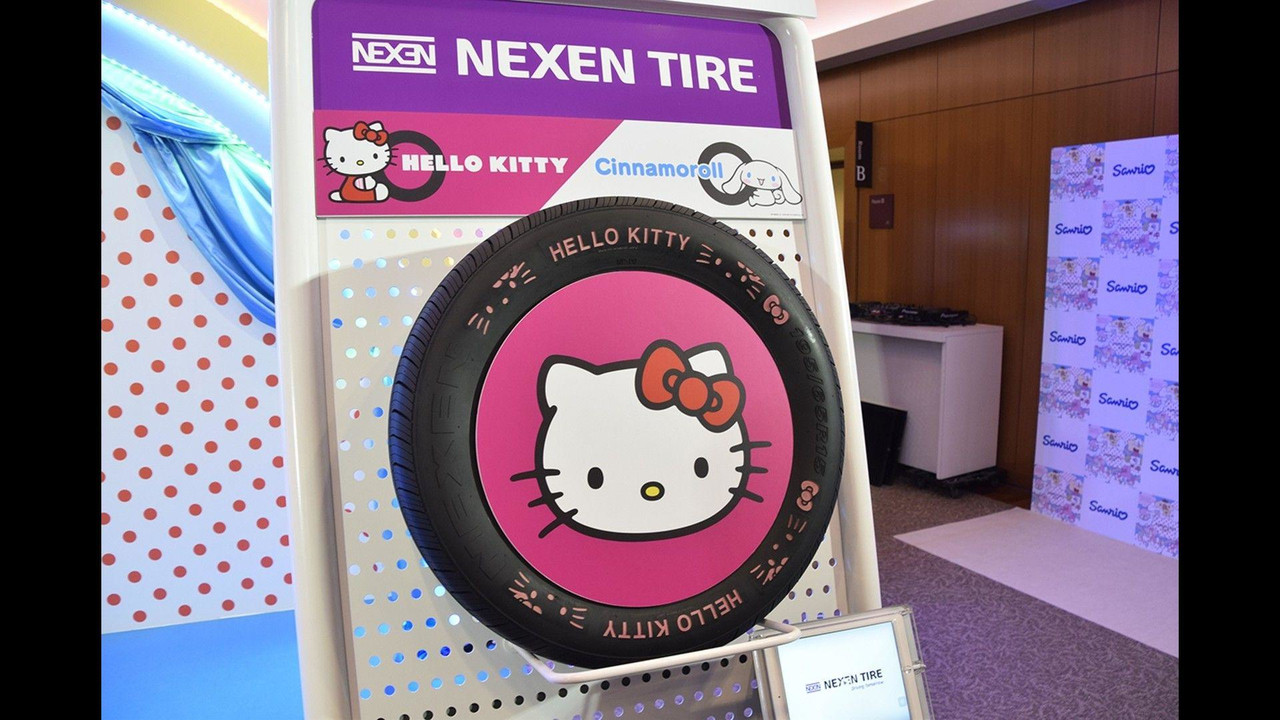 These would be perfect for the Hello Kitty Edition Mitsubishi Mirage.

Forget equipping your vehicle with a set of Pirelli P Zero Corsas to stick to the road because you can soon look really cool on the street with a set of Hello Kitty tires. Sanrio, which controls the famous character, is partnering with Nexen Tire to introduce the colorful rubber to Japan in the summer of 2018.

Nexen uses laser carving to etch out the traditional black rubber and reveal pink material underneath. The design on each one features the character’s name, Hello Kitty faces, and bows. Nexen also showed a similar design with the Sanrio character Cinnamoroll, but the company didn’t say if these would go on sale, too.

Nexen didn’t announce pricing or size options for the Hello Kitty tires. This is low-rolling resistance rubber, so they should be perfect for maximizing fuel economy. It would be nice for the company to make a performance compound, too, because nothing would be better than seeing a Lamborghini Aventador cruising through Tokyo while riding on pink Hello Kitty tires.

Hello Kitty has appeared in the auto industry before. For example, Agip gas stations in Japan began selling synthetic oil bottles with the characters face on them in 2010. There was also a limited-edition purple Mitsubishi Mirage in Japan in 2013 with body decals, special wheel covers, and Hello Kitty upholstery.

A few folks have played on Hello Kitty’s cute image in a joking way. For example, a tuner in Germany wrapped a tuned Audi R8 with the adorable character. NFL player Antonio Garay started riding in a Hello Kitty-themed Smart ForTwo in 2011. A set of Hello Kitty tires would have completed the look. Soon, that will be an option.