You'll still be able to get that engine by upgrading to the Focus.

[Update] A new report coming from CarsDirect indicates Ford has decided to drop the three-cylinder, 1.0-liter turbocharged engine for the upcoming 2018 model year.

The European customers are already able to order the new generation Ford Fiesta in most of the European Union countries, but it seems the Americans will have to wait at least another 12 months to get it. The Blue oval company has just released official information about the 2018 Fiesta and, well, there’s nothing new about it.

The only little exception here is the reverse camera that is now standard on all trim levels. Other features from the standard equipment include remote keyless system, halogen headlights, hill start assist, electric power-assisted steering, and others.

As far as the engine range is concerned, in the United States, the 2018 Fiesta soldiers on with the same lineup of gasoline units. It includes the base 1.6-liter naturally-aspirated motor with either a five-speed manual or a six-speed automatic, and the 1.6 turbo paired with a six-speed manual ‘box in the ST variant. 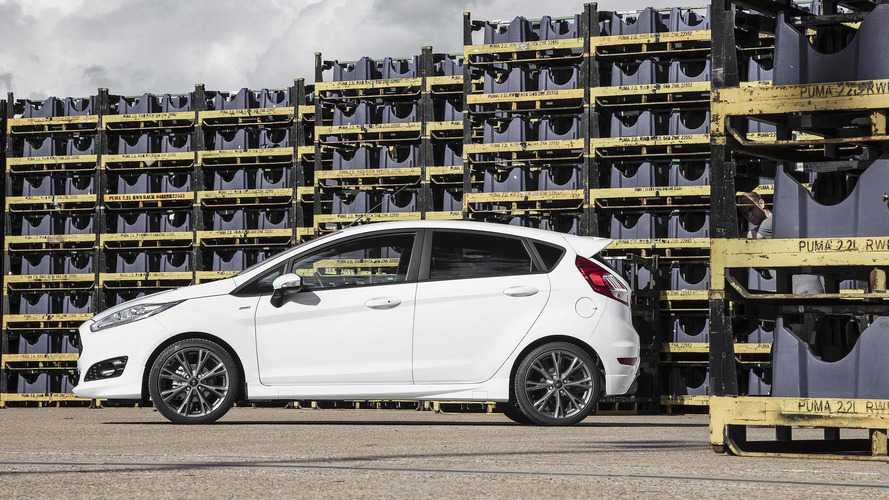 Recent reports speculated the seventh generation Fiesta, a fantastic vehicle according to Alex Goy from Motor1-UK, might actually never reach the American market. Poor sales in its segment are to blame, but a final decision has not been made so far.

The Euro-spec Fiesta will be produced exclusively in Cologne, Germany, in two body styles – three- and five-door hatchback with no immediate plans for a sedan. A simplified trim level structure, a new three-cylinder turbo engine for the ST variant, and a number of safety and assist systems highlight the new generation of Britain’s favorite car.