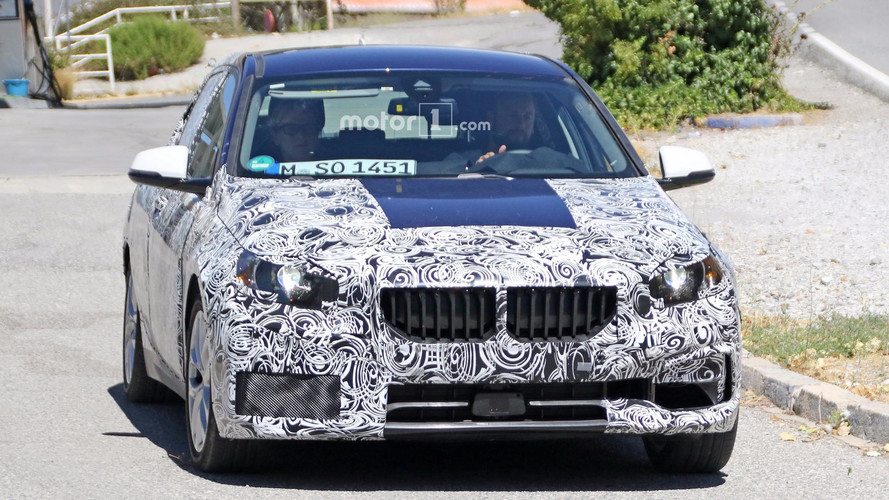 While Mercedes is hard at work preparing the next-generation A-Class due in 2018, BMW certainly doesn’t want to trail behind its archrival. A completely new 1 Series is on its way and now we are able to check out its meaner front grille courtesy of a slightly less camouflaged prototype showing more details. Bear in mind that what you are seeing is not actually the final production body as it’s hiding underneath extra panels, a method BMW has been using lately to disguise its future cars.

The test vehicle also had a partially exposed large air vent in the bumper, thus leading us to believe it was some sort of a more performance-oriented version. That being said, you can never be too sure while dealing with prototypes because in many instances these are nothing more than a mélange of parts from different versions.

By far the biggest change the new 1 Series will go through is going to be the demotion to a front-wheel-drive layout. That’s not entirely bad news as switching to the UKL platform already underpinning the 2 Series minivans and the X1 crossover will enable a significantly more spacious interior cabin, specifically for rear passengers.

The outgoing model is quite cramped in the back and in reality it's more of a four-seater despite being advertised as having five seats, but all that will change with the new generation as it will be wider and the wheelbase is expected to be stretched. In addition, the bump in size will grant a bigger trunk that will make BMW’s entry-level model more suitable for extended trips, though a 2 Series Active Tourer will continue to be a better choice for a small family hauler from Bavaria.

Speaking of which, the minivan will pretty much lend its array of turbocharged engines to the hatchback, but BMW could decide to spice things up by doing an M140i version with four instead of the six cylinders the current model has to offer. With more than 300 horsepower, xDrive, and an eight-speed automatic transmission, it should prove to be a worthy adversary for the new sub-A45 model Mercedes-AMG is working on. As to whether there will be a full-blown M version to go after the A45 and RS3, it’s too early to say. Same goes for the availability of a 1 Series Sedan beyond China's borders.

The all-new BMW 1 Series should land sometime in 2018 and we will first get to see it at a major European auto show, either in Geneva or Paris.