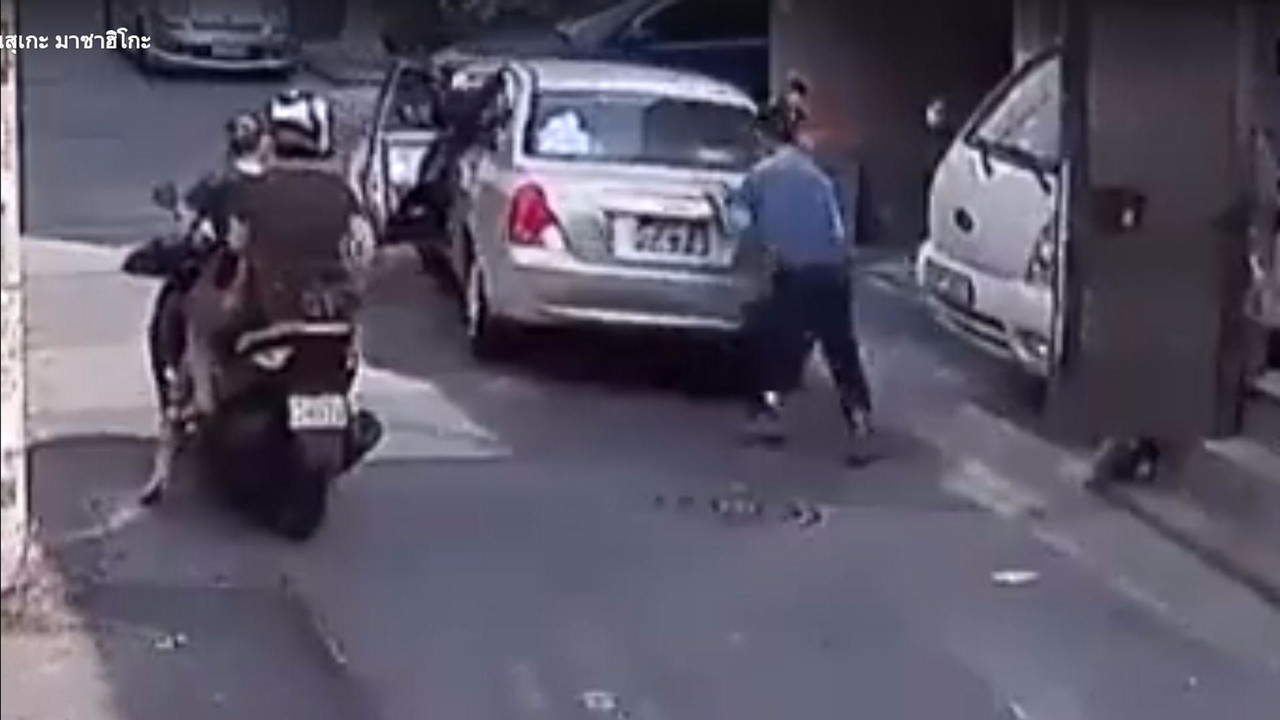 The translation on this Facebook post from Thailand simply reads “thank you very much for your gesture.” We have no idea whether or not that’s sarcasm – we suspect so, but then again, perhaps the savior who dove behind the wheel of this errant car saw a big spider on the wall while riding past it, and chose to sacrifice the silver sedan to save the world. Hey, it could’ve happened that way.

We can’t share any other details of this curious video because we don’t have any. Also, we don’t speak Thai which appears to be the primary language used in the comments following the clip. And with translations like later do not help Nemesis than 555, or our favorite, I will step on the brakes to pedal the pedal pedal on the board,” we’re not ready to trust Google’s interpretations to report on the details. We can't even embed the Facebook post, but if you follow this link you can see the shenanigans for yourself.

What we can tell you is pretty much what you see here, which we’ll admit is both funny and ironic. Most drivers have, at some point, neglected to properly secure a car before getting out. Whether you just pulled the manual transmission out of gear or failed to get the automatic in park, the resulting roll-away can leave people scrambling – sometimes against all odds – to prevent a crash.

In this instance, our unfortunate driver is graced with unbelievable luck. He manages to actually catch the car in mid-rollback, just in time for a friendly passer-by to jump off a scooter and lend some much-needed assistance.

Presumably the scooter has no foot pedals, which must have been quite confusing for the person who tried to save the day. What’s that? Push the right one? Okay! Oh, you meant the other right one. Sorry.

At least it appears nobody was hurt in the melee. Perhaps one day the owner of the car will look back on this and laugh, like the rest of us are doing now.