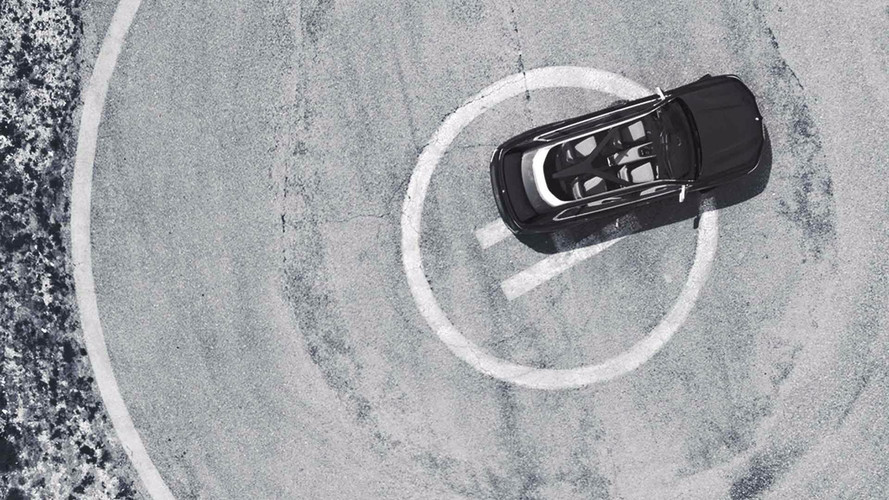 We're pretty sure this is the much-anticipated X7 Crossover Concept.

The Frankfurt Motor Show is just around the corner, and BMW is stirring the automotive pot with a sky-high teaser photo posted on Twitter. Anyone have any guesses as to what this vehicle could be?

As the tweet says, we’ll know what this “something big” is on September 8 but we’re betting this is BMW’s X7 Crossover Concept. The evidence certainly points in that direction – the X7 would definitely qualify as something big, and though the vehicle featured in this tweet looks a bit small, that's probably due to the vantage point of the camera, which could be a spy satellite for all we know. It’s also been widely speculated for some time now that BMW is planning to reveal the X7 concept at Frankfurt. If it looks like a duck and sounds like a duck, well you get the idea.

But isn’t the X7 supposed to be a three-row crossover? At first glance, the see-through roof of this machine reveals just two rows. Take a closer look, however, and you’ll see there’s still plenty of room behind that second row of seats for a rear bench. A such, the little bit that we can see of the profile seems to be a good match for the X7 spy photos we’ve seen for some time now. As for that glass roof, the spy photos appear to confirm that as well.

If this is the X7 Concept, expect it to be a technological tour de force with luxury appointments that surpass the current 7 Series. It will mark the automaker’s first step into the seven-passenger segment, where competition already exists from Mercedes-Benz and Audi.

If it’s not the X7 concept, we’ll be eating crow with the rest of the automotive community. Either way, we’ll find out in a couple days.