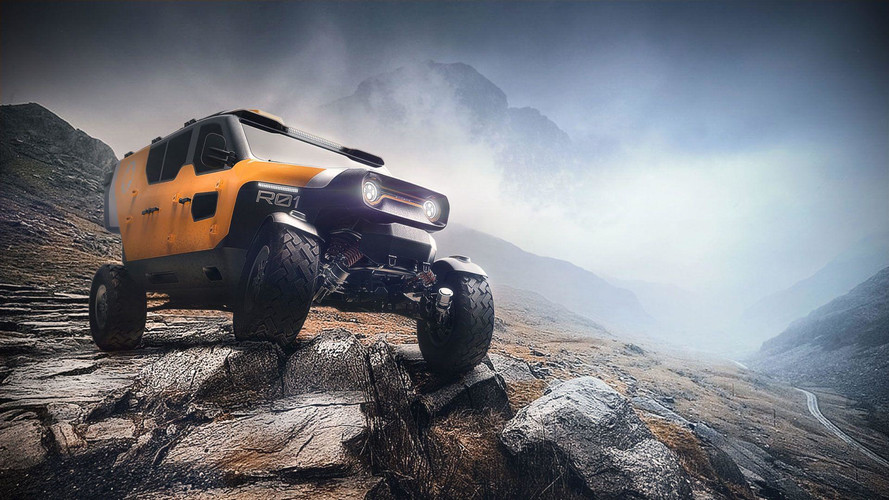 The Surgo only exists as a 1/10-scale model at the moment.

The Polish design firm 2sympleks aims to save lives with its Surgo Mountain Rescue Vehicle concept. The high-riding SUV would have seating for up to eight rescuers, and there would be still be enough room for all of the necessary safety equipment. Ideas from real-world safety teams in Poland contributed to the model’s functionality.

The Surgo Mountain Rescue Vehicle concept would have no problem getting practically anywhere. Despite its large size, four-wheel steering would improve maneuverability. The SUV also has an ultra-narrow front end that allows for fitting springs and dampers with massive travel. The driver could also lock the suspension into place, which would allow for approach and departure angles of nearly 90 degrees.

The company doesn't offer any powertrain details. However, the interior shows a manual gearbox and differential controls.

The Surgo's cabin features a massive windshield for a good view of the terrain ahead. The driver can focus on the work ahead because there are just a few circular instruments in the panel. Meanwhile, the front passenger has a dedicated screen for navigating to the person who needs saving. The six seats in the rear can fold flat for room to fit stretchers in the back.

2sympleks seems to have a passion for imagining interesting off-roaders. The firm also created a concept rendering for a vehicle called the Tur (pictured right, above) for work like fighting forest fires or for accessing rugged areas. It features a similarly narrow front end for fitting a long-travel suspension. However, there's a smaller passenger cabin for fitting an assortment of fire-fighting gear.

The company also created a concept six-wheeled Kamaz SUV. It would allow for accessing very rough terrain and then camping there.