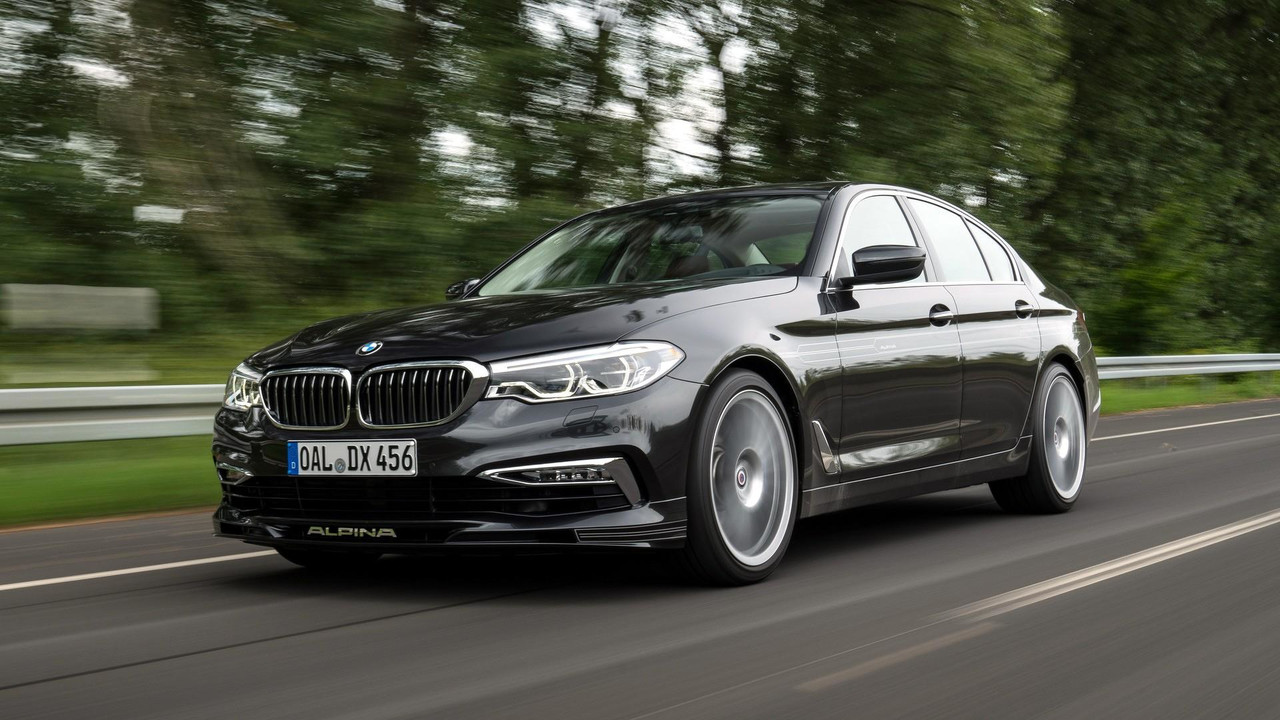 Want to go really fast in a diesel-powered car? Then look no further than the new Alpina D5 S.

Diesels might be under the gun in the aftermath of the emissions scandal at the Volkswagen Group, but that doesn’t mean automakers are about to give them the boot. Case in point, Alpina is taking the wraps off the new D5 S that runs on Devil’s fuel to feed its straight-six 3.0-liter engine fitted with a pair of turbochargers.

The diesel engine pumps out 326 horsepower (240 kilowatts) and a massive 516 pound-feet (700 Newton-meters) of torque delivered to both axles as standard for the first time in a D5 S. It’s BMW’s xDrive system, but adapted by Alpina to provide a more optimized torque distribution to better suit the new model. In charge of sending the diesel muscle to the road is an eight-speed sport automatic transmission, also specifically tweaked for this application.

The Alpina D5 Sportdiesel as it’s known by its full name is described as being one of the world’s fastest production cars equipped with a diesel engine. Judging by the performance numbers, we totally agree with Alpina. As a sedan, the midsize performance machine will run to 62 mph (100 kph) in just 4.9 seconds and is going to complete the 0-124 mph (0-200 kph) task in exactly 20 seconds. Take it to the maximum and its speedometer will hit 171 mph (275 kph).

Numbers aside, the new D5 S in both sedan and wagon flavors has also received a few cosmetic changes, but in typical Alpina fashion, these are quite discreet. The 20-inch forged wheels not only look elegant, but these also shave off more than 15 kilograms (33 pounds) over the standard alloys and come wrapped in Pirelli tires, for the first time on an Alpina since 1985.

To match the extra diesel punch, the car manufacturer and tuner based in Buchloe, Bavaria decided to take the brake system from the beefy B5 Bi-Turbo, so it should have plenty of stopping power considering it was enough for the B5 and its respectable top speed of 205 mph (330 kph).

Rounding off the changes are the usual Alpina body design modifications, along with its signature blue and green metallic paints, and a sports exhaust system with a pair of tips on each side of the rear bumper.

Alpina is already taking orders for the D5 S and will kick off deliveries early next year. Meanwhile, the public debut is scheduled to take place on September 12 at the Frankfurt Motor Show.