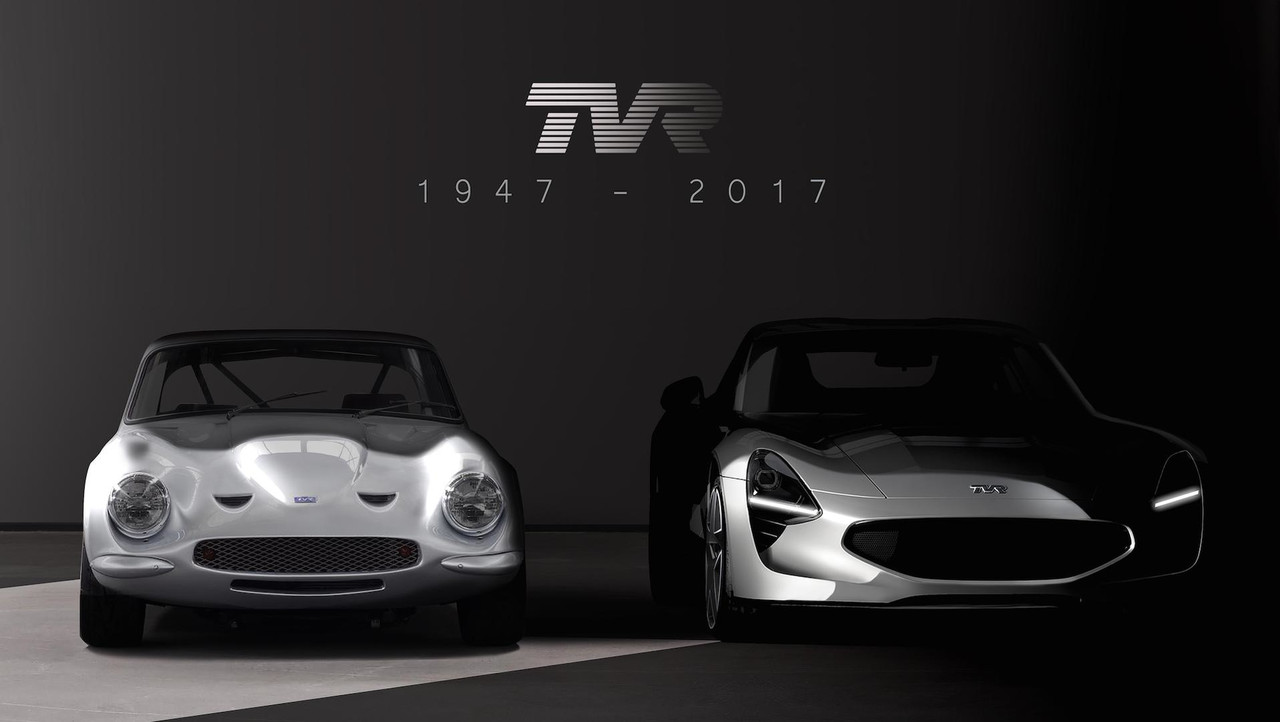 Here's one last teaser to get you excited.

Fans have been waiting more than a decade for a new sports car offering from the famed British marque TVR. Multiple teasers and early leaked details have helped ease the wait, but now we know for sure when the new sports car will make its debut. The new TVR will be unveiled Friday at the Goodwood Revival Earls Court Motor Show, honoring the brand’s 70th anniversary.

The debut announcement includes a lone teaser image of the proposed sports car alongside its retro counterpart. The design was penned by David Seesing with help from Gordon Murray Design. Gordon Murray, you may remember, was responsible for such supercars as the McLaren F1, and the Mercedes-Benz SLR McLaren.

The new TVR will reportedly come with 480 horsepower (357 kilowatts) and a manual gearbox fresh out of the box. All that power will come courtesy of a 5.0-liter V8 engine from Cosworth, with an estimated 0-60 mile-per-hour (96 kilometers per hour) time of under four seconds "comfortably," and a top speed of 200 mph (322 kmh). The entire vehicle will tip the scales at less than 2,755 pounds (1,250 kilograms), which will give the sports car a power-to-weight ratio of 400 hp (298 kW) per ton.

The first 500 cars will wear a "Launch Edition" badge, with pricing estimated to be somewhere in the neighborhood of 90,000 ($118,000). Most of the Launch Edition models have already been snapped up by TVR faithful, with owners having already placed a deposit of 5,000.

Deliveries are expected to begin sometime in 2019, with the rest of the range rolled out before then. TVR says that different variations of the vehicle will be both more expensive and less expensive than the Launch Edition, depending on options. We’ll know all the details – including the name – when the car makes its debut later in the week.