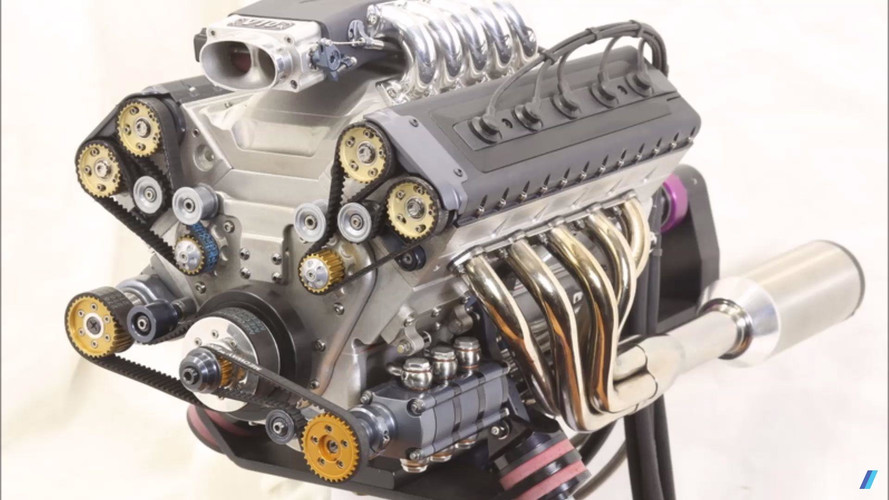 If you ever feel lazy for watching TV while at home instead of building something, this might be the video to kick start a new project. A person that goes by the name Keith5700 spent 2,500 hours by his own estimation to build a fully functioning V10 engine with a 125-cubic-centimeter displacement. To make the feat even more impressive, he constructed everything in his home shop without the help of a computer-aided CNC milling machine.

The video above shows the entire process in photos. You can also read about the build, including some of Keith5700’s commentary, in a 20-page thread at the Model Engine Maker forum.

The craftsmanship in this build is phenomenal. It’s amazing to see how someone can transform raw hunks of aluminum into an identifiable engine. A Megasquirt fuel injection system lets the little powerplant run, too.

In comments on YouTube, Keith5700 says that the current engine tune lets it operate, and additional tweaks could allow for more performance. “Mine has mild camshaft profiles, I never wanted to build a high revving screamer, I would prefer a low revving slogger, with nice stable idle,” he wrote. “I'm just happy mine runs at all. A decent power output would just be a bonus.” Still, he estimates that the mill would currently produce around four horsepower (three kilowatts). He would eventually like to put the engine on a dyno to know the output for sure.

In the video, Keith5700 keeps the engine’s red line at a rather conservative 5,000 rpm. “That was just an arbitrary figure I typed into the rev limiter as a start point,” he wrote in a comment on YouTube. “It vibrates a bit at 5,000 so needs balancing before going much higher.”

The clip below offers a longer look at the little engine running. Without knowing Keith5700’s story, you’d think that the mill came out of a factory, not from one guy’s home workshop.