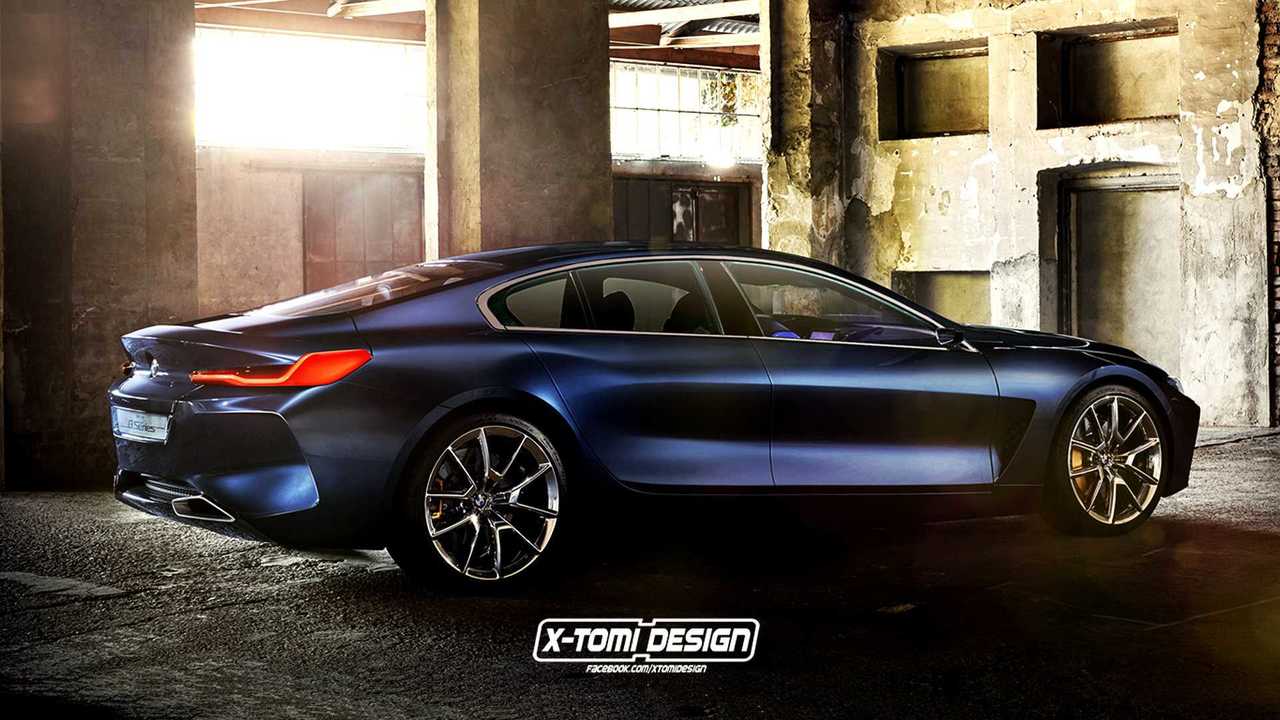 The model would be the natural successor to the 6 Series Gran Coupe by combining a swoopy look with four-door practicality.

In addition to the previously spied BMW 8 Series Coupe and Convertible (see gallery below), the German brand will allegedly have a stylish sedan in the lineup. The model, presumably under the 8 Series Gran Coupe moniker, would combine the two-door model's aerodynamic styling with an extra set of doors as an offering for buyers that want the versatility of a four-door vehicle but with the sporty appearance of a coupe. BMW is developing it under the codename G16, according to BMW Blog, and the automaker targets the third quarter of 2019 for the debut.

The 8 Series uses BMW's highly adaptive CLAR platform, which also underpins the latest 5 Series, 7 Series, and Rolls-Royce Phantom. Adding the extra pair of doors might require the engineers to stretch the 8 Series coupe, but the underpinnings should have no problem supporting such a change. According to BMW Blog, all of the 8 Series variants would feature a double wishbone front suspension and multi-link setup at the rear, and air springs would be at each corner.

The 8 Series' powertrain range isn't official yet, but it would likely look a lot like what's available on the current 7 Series. A turbocharged 3.0-liter inline six would sit at the bottom of the range. A plug-in hybrid would also be available. A biturbo 4.4-liter V8 would likely be the primary performance variant in the standard lineup, but buyers would be able to upgrade to a biturbo 6.6-liter V12. Some of the engines might be available with all-wheel drive, and an M8 should join the range later.

The latest spy photos indicate that the production 8 Series might not look quite as avant-garde as the concept (pictured above). The tweaks include larger headlights, smaller outlet behind the front wheels, and less sculpting for the tail. Despite these changes, the 8 Series should be an attractive grand touring coupe for competition against vehicles like the Lexus LC.