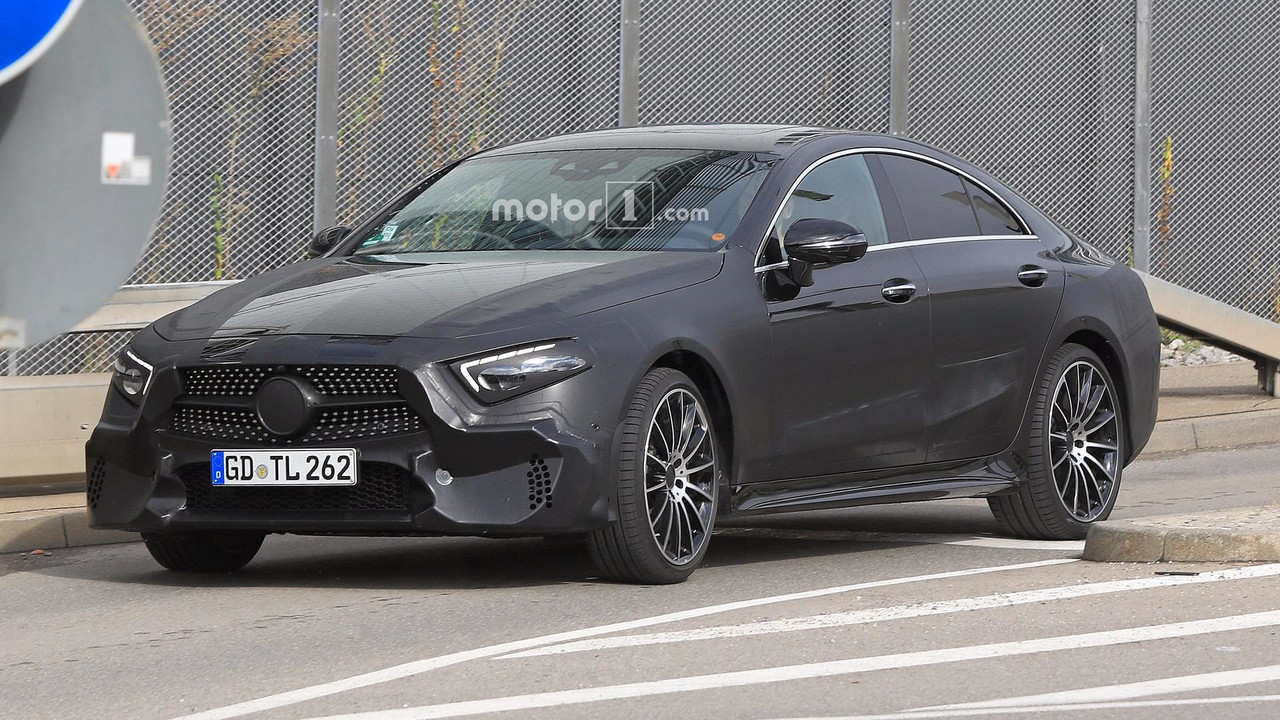 Some pretty big changes have been made at the front and rear.

Mercedes hasn’t said a word about bringing the new CLS to next week’s Frankfurt Motor Show and it might not happen even though this near-production prototype was seen with light disguise. With IAA already shaping up to be very busy (Project One, EQ A, S-Class Coupe & Cabriolet facelift), the sleek sedan could be unveiled in December in Los Angeles or a month later in Detroit.

Today we can provide the best spy shots yet depicting the third-generation CLS, now with less camouflage than ever before. Compared to our batch of photos from last week, the new imagery comes to show more of the headlights, particularity the high-tech appearance of the LED daytime running lights. We can also have a good look at the glitzy so-called “diamond grille” adorned with chrome pins and hiding the big Mercedes logo. The hood contour has also been modified as it won’t meet the headlights anymore on the new model.

This test vehicle could very well be an AMG Line model judging by big air vents at the front hiding underneath the plastic cladding, as well as by the large wheels and what looks to be a lowered sports suspension. Overall, the 2018 CLS looks substantially sharper than the model is about to replace, though you will notice the changes only at the front and rear as the side profile adopts a familiar design.

As it was the case with the previous spy shots, we can observe the fixed glass area of the rear doors is bigger, therefore the wheelbase has probably been stretched. Consequently, it means there is more space inside the cabin for rear passengers and it should be roomier than the E-Class upon which the new CLS will be largely based.

Speaking of which, the E-Class will lend its lavish interior, if we were to rely on an image we published some time ago showing the dashboard design inherited from the E sedan with the air vents inspired by those of the coupe and cabriolet.

Just like before, the CLS will once again bridge the gap between the E-Class and the S-Class. This time around, the Shooting Brake is unlikely to make a comeback and there is somewhat of a chance the CLS 63 AMG won’t return either considering it would clash with the four-door GT model Mercedes-AMG is working on.