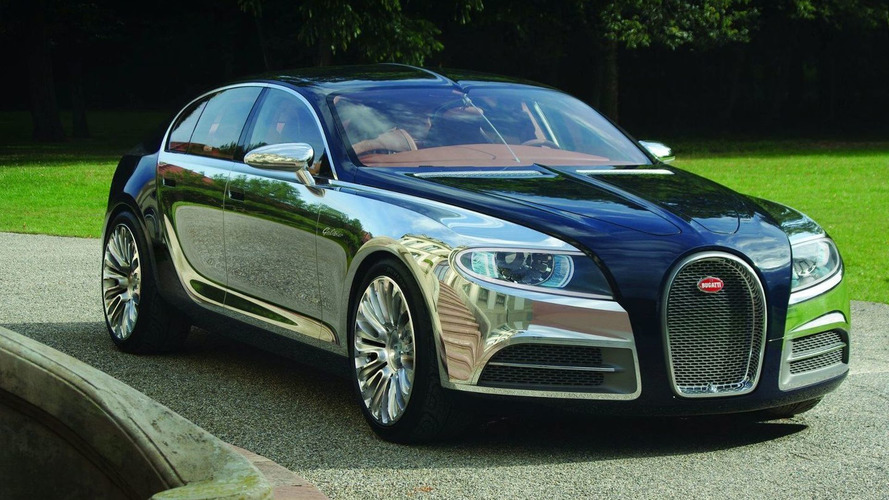 Bugatti has apparently given the 16C Galibier concept production approval. The estimated date of launch is 2013 and prices should be around £900,000 a pop.

Rumours suggest that the Bugatti Galibier 16C has been approved for production and will go on sale around 2013 at a price of about £900,000 (€984900, US$1.4 million). The Galibier is a four-door concept car that will probably earn the title of the world's fastest sedan.

It shares its 16 cylinder 8.0-litre powerplant with the Veyron but its power will be detuned from the coupe's 747kW (1001hp) and 1250Nm of torque. Although power will be less, top speed is expected to reach 220mph. Driving the wheels will be a new 8-speed automatic transmission fitted in place of the Veyron's DSG.

Bugatti did not exhibit the car at the recent Frankfurt Motor Show but there were some details revealed after the exclusive private showing. The interior for instance, features a very minimalistic design that is uncluttered. Expensive wood and leather are evident throughout the cabin. One cool feature is the Parmigiani timepiece on the dashboard which can be removed and worn via a leather strap.

We hope to see the Galibier in the metal at one of the upcoming international motor shows such as Los Angeles or Detroit.