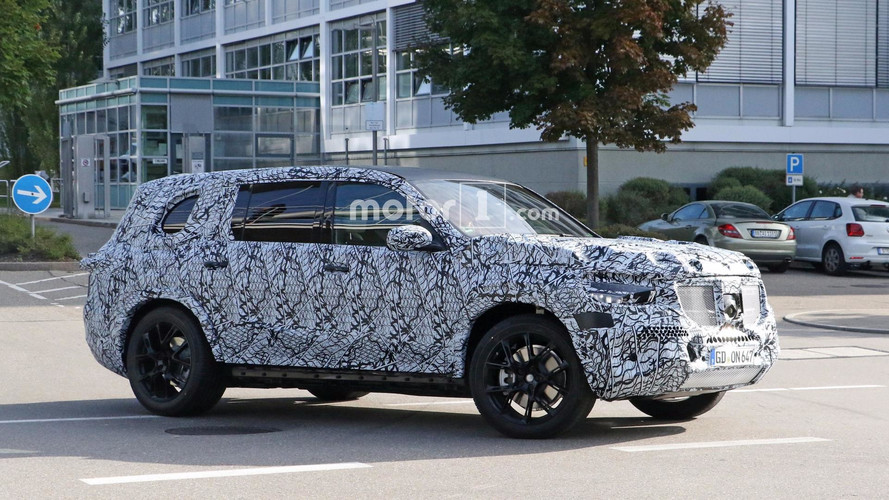 ... and it looks bigger than ever!

Mercedes-Benz is taking the first steps in the development process of the next-generation GLS, as a prototype of the flagship SUV has been spied testing in Germany. We are looking at the very first spy shots of the 2019 GLS, which is still wearing tons of camouflage and fake bolt-on body panels, trying to hide the actual shape of the vehicle.

It’s too early to talk about design, but at least we can confirm the GLS will grow in size, judging by the photos. This prototype looks slightly wider and a bit longer than the 2017 GLS we tested back in December 2015.

Based on the company’s flexible MHA platform that’s going to be used by the next generation GLE as well, the new GLS will shave off a serious amount of weight despite the fact it is going to be slightly bigger than the current model. The architecture will also allow Mercedes to integrate some semi-autonomous systems and functions derived from the E-Class and S-Class.

As far as the powertrains are concerned, expect to see a wide range of four-, six-, and eight-cylinder diesel and gasoline engines, with the most popular of them expected to be the inline-six units. They will be offered in both Europe and the United States, and will be mated exclusively to a nine-speed dual-clutch automatic gearbox and a 4Matic all-wheel drive.

The biggest news here is the rumored hybrid version, which will combine a 3.0-liter gas engine and an electric motor for a total output of well over 400 horsepower (298 kilowatts). Of course, there’s also going to be at least one proper AMG variant getting its power from the brand’s 4.0-liter biturbo V8.

Going against the upcoming BMW X7 and the Land Rover Range Rover, the all-new second generation GLS will arrive sometime in 2019.