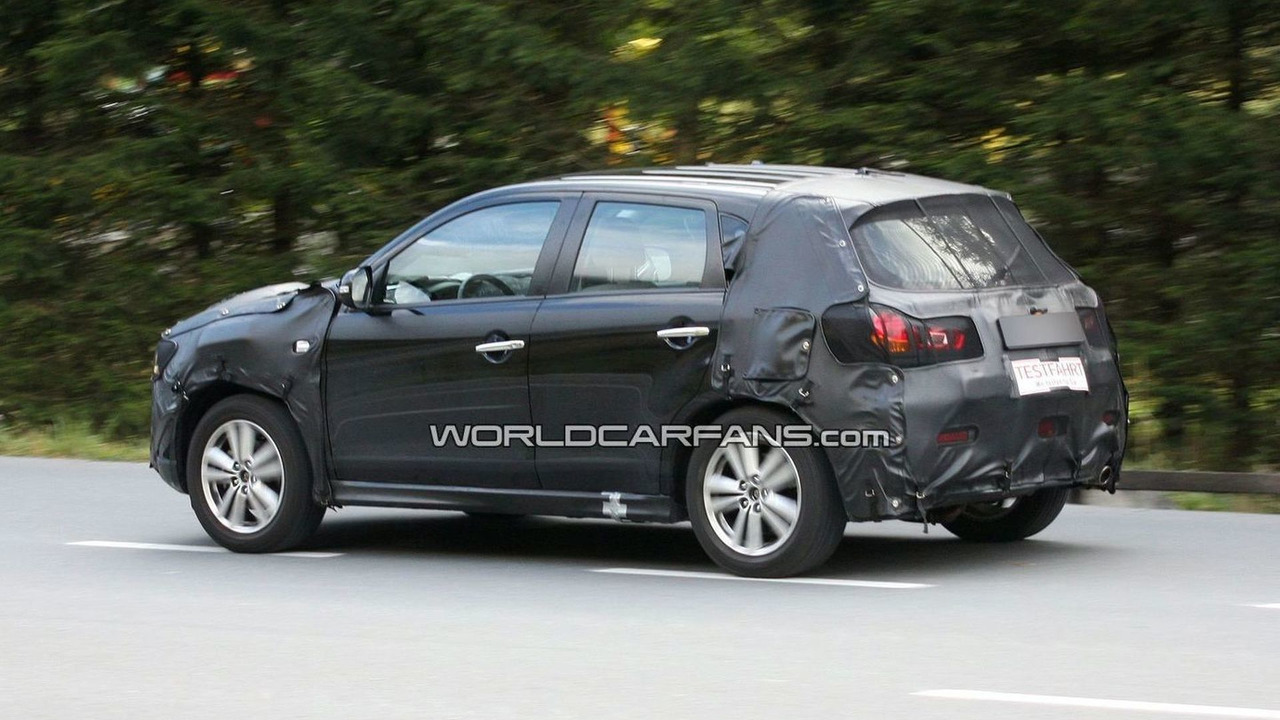 A production prototype of the Mitsubishi cX Concept was spotted on the road in Europe by spy photographers. We have the details inside.

A prototype based on the Mitsubishi cX Concept has been seen testing in Europe for the first time.  The cX Crossover appears to be a bit longer, and typically blander, than the design study.

The new pictures seem to show that the side panels of the prototype are much less indented and styled than the concept.  The rear glass has also changed to a standard oval shape.  Side mirrors are also more rounded than the rectangular mirrors on the concept.  Although heavily padded, the grille at the front still appears to be split.

The 4.1-meter long concept was first shown off at the Frankfurt Motor Show in 2007.  Back in July 2008, the Japanese automaker confirmed that the small SUV would hit production.  Once assembled, it will fit into the company's lineup under the company's compact, 4.6-meter long Outlander SUV.

Mitsubishi's new crossover will come standard with all-wheel drive, and possibly the twin-clutch Sport Shift Transmission (SST) featured on the Evo X.  Thus far, only diesel engines have been confirmed for the crossover.  This includes a new, 134 horsepower 1.8-liter engine producing up to 207 ft-lb of torque.

A name for the model has yet to be announced.