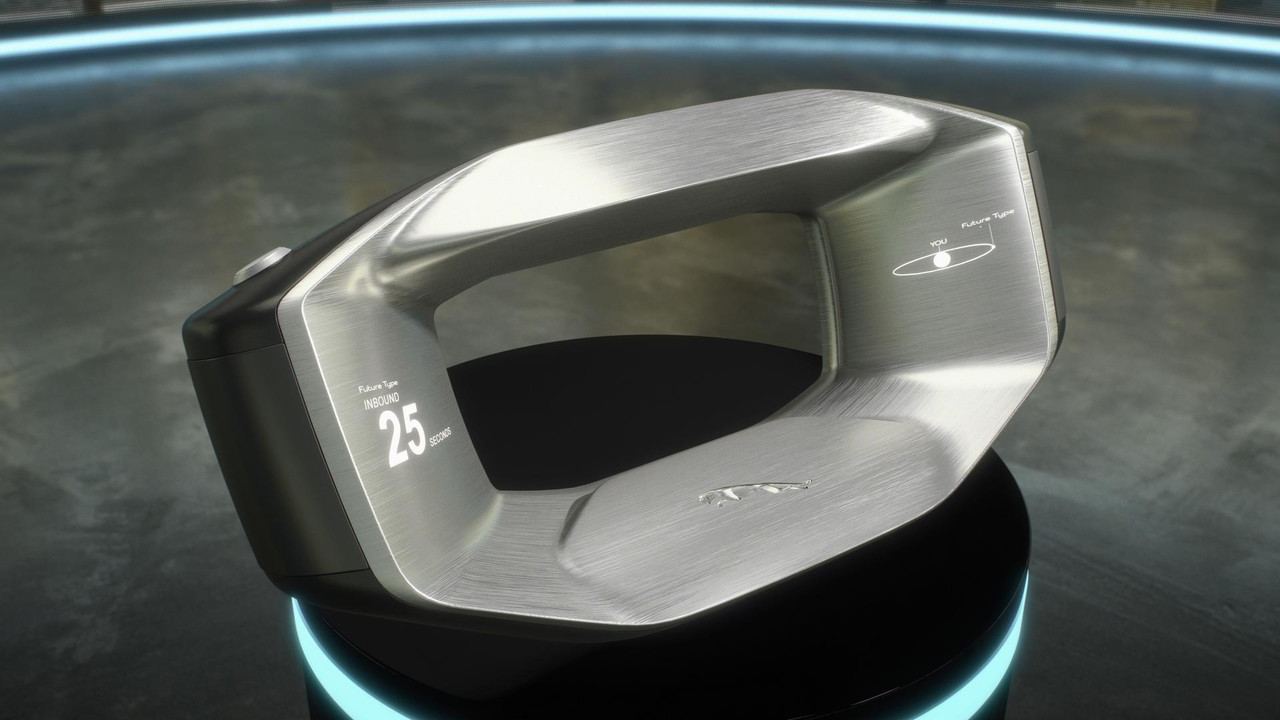 One “beautifully sculpted piece of art” by the British company.

Meet Sayer, the steering wheel of the future. It will be presented by Jaguar Land Rover during the inaugural Tech Fest at Central Saint Martins art, design and technology college in London, and it’s awesome.

Sayer is not just your regular steering wheel, it’s a voice-activated, artificial intelligence (AI) powered steering wheel, designed for use in autonomous vehicles. JLR imagines a future where consumers have more than one self-driving machine, and Sayer could be used for all of them.

Sayer is also envisioned as your personal mobility assistant, which, for example, reminds you when you need to wake up for a morning meeting two hours from home and even determins when your car needs to autonomously arrive at your door. It will not only allow you to drive your car, but will advise you which parts of the journey you might enjoy driving the most.

Its minimalistic and modernistic design features no physical buttons and displays, but it still projects information over its brushed aluminum surface. In fact, there’s a single button on the top of the steering wheel, but the British manufacturer is not revealing its functions.

The steering wheel of the future:

The “beautifully sculpted piece of art,” as Jaguar Land Rover describes its product, owes its name to a loyal employee of the company, designer Malcolm Sayer, who worked for the British marque between 1951 and 1970, and inspired the design of the wheel with his ideas.

Sayer is part of JLR’s "Technology with Heart" exhibition at London’s Tech Fest, which is open to the general public from September 8 until September 10. During the show, many companies will be displaying technologies used “to make a positive difference,” while attendees “can fast forward to the future and glimpse a world where cars drive themselves and vehicles are shared, not owned.”

Named ‘Sayer’, this steering wheel concept lives in the consumer’s home and becomes their trusted companion. Sayer is a voice-activated artificial intelligence (AI) powered steering wheel that will be able to carry out hundreds of tasks. In addition to being a virtual assistant, Sayer could signal  membership to an on-demand service club, which offers either sole ownership or the option of sharing a vehicle with others in a consumer’s community.

Jaguar Land Rover envisions a future where Sayer works as a personal mobility assistant for consumers; reminding them when they need to wake up for a morning meeting two hours from home and even determining when a car needs to autonomously arrive at their door, or advising which parts of the journey they might enjoy driving themselves.

A beautifully sculpted piece of art, like every Jaguar Land Rover product, Sayer owes its name to one of the most prominent designers from the Jaguar brand’s history, Malcolm Sayer, who worked for the British marque between 1951 and 1970.

Allowing the brand to explore the positive role technology is playing in reshaping the automotive industry and beyond, the theme of the inaugural Jaguar Land Rover Tech Fest is ‘Technology with Heart’.

The free-to-enter festival takes place at Central Saint Martins art, design and technology college in London. It is open to the general public from Friday, September 8 until Sunday, September 10.

The event will be packed full of innovative exhibits and interactive displays that demonstrate how technology is being used to make a positive difference. Attendees can fast forward to the future and glimpse a world where cars drive themselves and vehicles are shared, not owned.