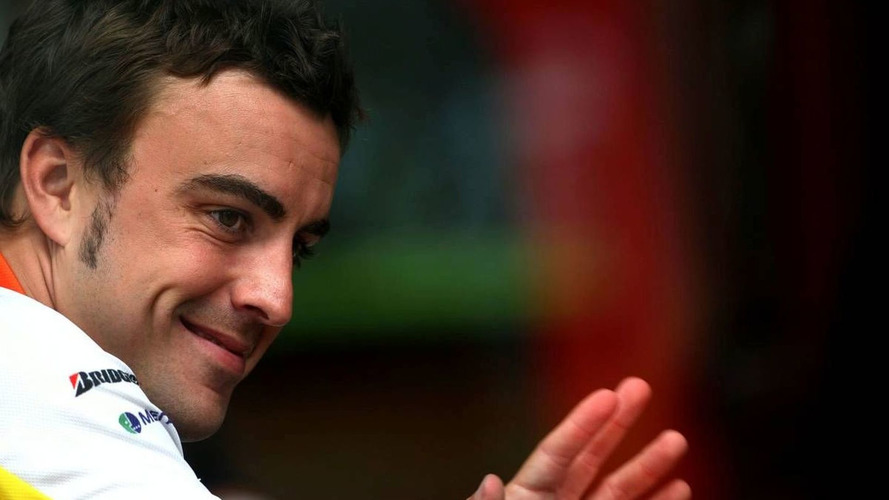 The Ferrari-bound Fernando Alonso on Thursday advised his current team Renault to replace him for 2010 with Robert Kubica.

The Ferrari-bound Fernando Alonso on Thursday advised his current team Renault to replace him for 2010 with Robert Kubica.

"He is one of my best friends and one of the best drivers," the Spaniard told reporters at Suzuka. "If there is a chance then I would recommend him."

Pole Kubica, 24, is on the market, with his 2010 contract with BMW-Sauber no longer binding because of the withdrawal from F1 of the German carmaker.

Renault on Thursday said Alonso's replacement will be announced next week, and it is believed that Kubica is the favourite to be named.

Asked if the French team's plans fit in with his, Kubica told reporters in Japan: "Yes and no.

"There are some talks but no decision is final at the moment," he added, explaining that he is "95 or 90 per cent" certain he will end up with his preferred choice of employer.

It is said that staying put at Sauber, with its new Qadbak ownership, might be an option for Kubica, but on Thursday he seemed to take a parting shot at the Hinwil team.

Reflecting on his differences with the team's position when he had a chance to push for the 2008 title, he said: "I think and I hope that in the team that I will race for (next year), I will not have to insist to fight for the championship.

"My future team will know what to do, and I hope that there will not be any need to try and convince them," Kubica added.