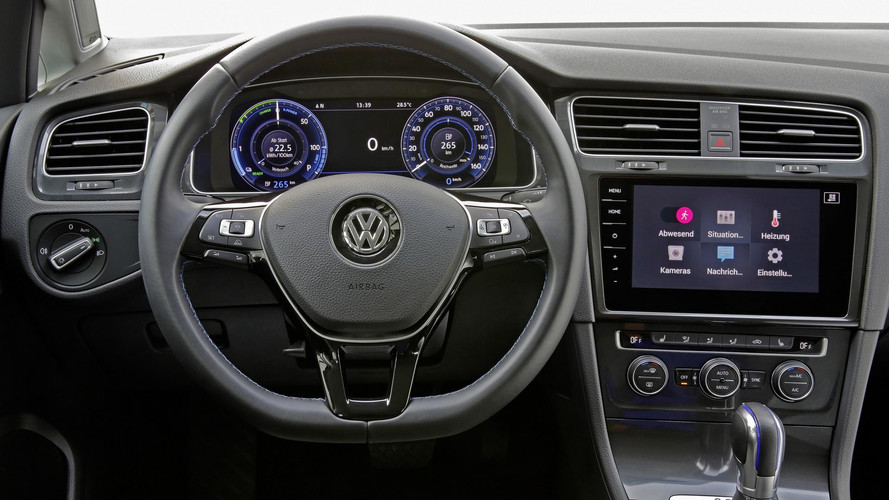 Useful feature or just a gimmick?

Very few things in life can match the satisfaction of coming home after a long day’s work to the comfort of your home to unwind and take the pressure off. Volkswagen is trying to make our lives more enjoyable by giving owners the opportunity to remotely adjust the temperature of their houses through a new function developed for the infotainment system.

To make it happen, VW has joined forces with Deutsche Telekom to connect cars with homes. The two have presented this week a demo version during the IFA 2017 international consumer electronics exhibition organized in Germany's capital Berlin. The feature has been implemented in an e-Golf allowing visitors to get an idea of how they could adjust the house’s temperature settings, as well as make other changes, like deactivating the security system or switching on the exterior lights.

It’s more than just a cool functionality to have on display at tech-centric shows as VW has made the promise it will offer this new type of connectivity later this month for owners living in houses benefiting from Telekom’s Magenta SmartHome. In order to take advantage of the feature, you will need an Android smartphone featuring MirrorLink technology and the company’s Car-Net App Connect, which since May 2015 has been available on almost all models from Wolfsburg. It’s compatible with approximately 50 smartphones from all the big names in the business, including Samsung, HTC, Sony, and LG.

Once you are all set up, the car’s infotainment system will grant direct access to the Deutsche Telekom's Smart Home app from where you can adjust various electrical devices, the alarm system, cameras, and activate the so-called “house sitter.” According to the app’s description on Google Play, the latter “turns on lights, music and vacuum cleaner noises while you’re away, simulating a human presence.”

What will they come up with next?

Still on the road, and yet already busy at home. Although it sounds like a paradox, it is actually quite simple. At the IFA 2017 international consumer electronics exhibition beginning today, Volkswagen and Deutsche Telekom are demonstrating how drivers can connect with their homes via their vehicle's infotainment system. Starting this September, they will be able to control certain household devices right from within the vehicle.

Who isn't familiar with this situation? After a long day at work you arrive home, but it is no time to relax. The security system is still on, the lights are off, the shutters are not closed, and in the colder seasons it's even worse: temperatures within the house are chilling, which means cold feet – at least until the heat is up and running. Now, however, it is possible to put an end to all that.

Using Volkswagen Car-Net App Connect, it is now possible to conveniently control Magenta SmartHome technology features while on the road. In this manner, various types of device functions in the home can be controlled from inside the vehicle and without the need to reach for a smart phone – thus providing a convenient, secure link between the automobile and the Internet of Things (IoT). Use of this functionality requires an Android smartphone with MirrorLinkTM technology as well as Volkswagen Car-Net App Connect. Since May 2015, Volkswagen App Connect is available on nearly all Volkswagen models, and currently on around 50 smartphones from well-known manufacturers such as HTC, LG, Samsung, Sony, and others.

At CeBIT 2017, Volkswagen and Deutsche Telekom presented their concept for greater collaboration in connecting homes and cars. The demo version presented in March is now becoming reality. By no later than September 2017, Volkswagen drivers will be able to control Deutsche Telekom's Smart Home app via their vehicle entertainment system, and thus experience a new form of connectivity and versatility.

At the IFA in Berlin (September 1-6), visitors to the Deutsche Telekom stand located at Hall 21a can experience 'Volkswagen and Smart Home' live in action. Using a Volkswagen e-Golf1 as a demonstrator, visitors will see how a security system can be deactivated, how exterior lights can be switched on, and of course how the home's heating system can be brought up to temperature from within the vehicle, all before arriving home. Goodbye, cold feet.