Mercedes Teases Electric EQ A Concept Ahead Of Frankfurt Debut 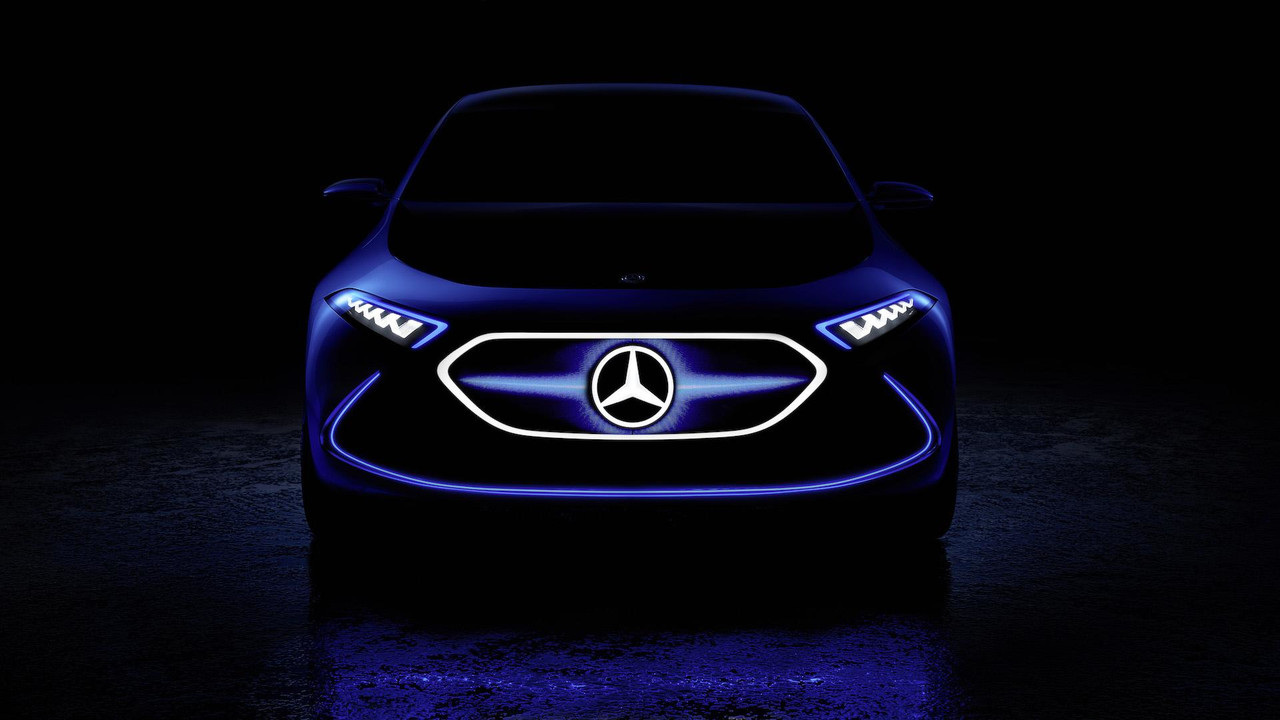 The EV will be joined by the larger EQ SUV, and the Project One hypercar, of course.

At the upcoming Frankfurt Motor Show, alongside the highly anticipated Project One hypercar, Mercedes-Benz will show off a range of fully electric concept vehicles wearing its new EQ moniker. The "EQ" name was filed in the U.K. back in 2016, you may remember, and eventually led to the Generation EQ concept at the Paris Motor Show shortly thereafter.

The new Mercedes EQ A concept, teased here, previews a small electric hatchback slotted just underneath the larger EQ. Unlike the SUV concept that came before it, the new EQ A looks much closer to production… at least from what we can tell in the teaser. The headlights, grille, and diffuser all look like something you might find on a production car, apart from the string of LED lights on the grille.

Mercedes-Benz gives very little in the way of details, apart from telling us that that the concept will be a "small electric vehicle;" most likely a hatchback. The EQ A will be joined the slightly larger, and likely updated EQ concept on stage in Frankfurt, the two sharing a similar design and proportions, and possibly even a platform.

It remains to be seen what kind of motor(s) might power the EQ A concept. The previous EQ SUV concept utilized two electric motors installed on both axles, providing a combined output of 402 horsepower (300 kilowatts) and 516 pound-feet (700 Newton-meters) of torque, and a range of around 310 miles (500 kilometers).

Both the EQ and EQ A will make up a range of electric vehicles reportedly slated for production in the next few years. The two concepts will be joined in Frankfurt by another fully electric concept under the Daimler umbrella, the Smart Vision EQ, which made its online debut in full just a few days ago.