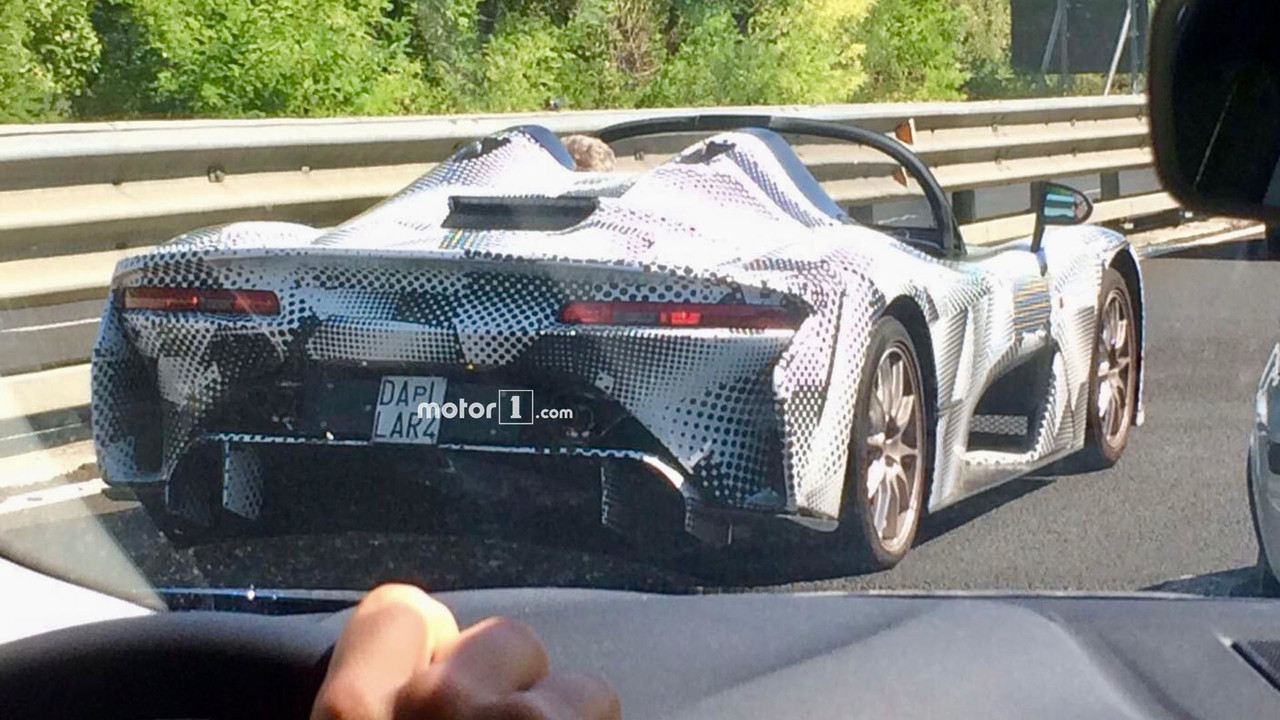 As the Italian sports car continues development, new photos suggest a spider version could be in the works.

As Dallara celebrates its first victory in the LMP2 category in the European Endurance Championship, the Italian compay is also continuing development of its upcoming road car. La Stradale, or road car in Italian, will be the first street-legal vehicle to ride on the new chassis.

Spied testing on multiple occasions (and rendered below), the little Italian sports car promises a lot. Totally dedicated to performance, not style, the Dallara road car is a radical alternative to the KTM X-Bow, which is already pretty radical in itself. The brand plans to produce a car that weighs about 1,763 pounds (800 kilograms) through the extensive use of carbon fiber. Combined with a Ford 2.3-liter EcoBoost engine good for at least 400 horsepower (298 kilowatts), the sports car should have impressive power.

The Dallara had only been pictured as a hardtop, with large, aerodynamic features, and an especially huge rear spoiler. But now, a new spy photo captured by one of our readers shows the Stradale testing on Italian roads devoid of roof, and without its aerodynamic wing. It also unveils the sharp new taillights. Thanks to Tristan for this beautiful catch!

Two possibilities are likely, either the Dallara Stradale will be offered as a spider version, or the coupe version will feature a targa-style removable top, as the notch on the frame of the windshield seems to suggest. The second possibility seems more likely – either way, an open-air version of the Dallara Straddle is a pleasant surprise. The video below shows the topless video in even more detail.