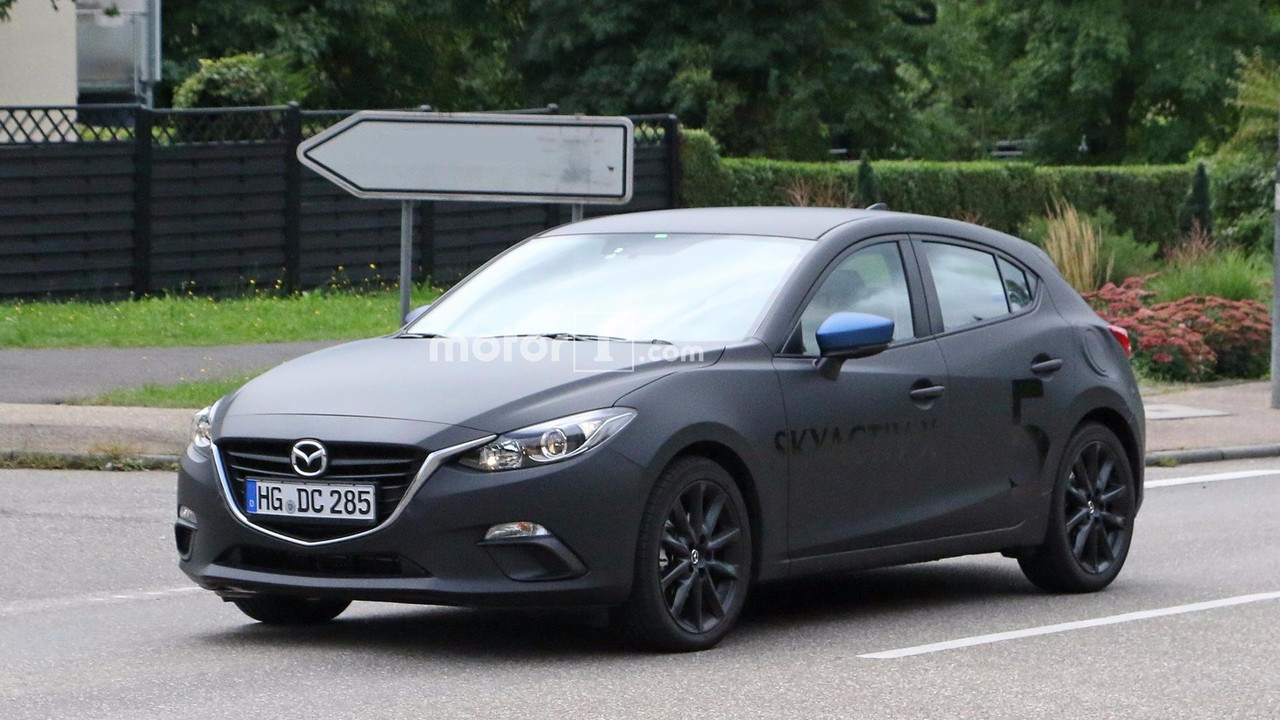 The engine could bring major increases in torque and efficiency.

Mazda has already announced a debut for its Skyactiv-X spark-less ignition combustion powertrain at the Frankfurt Motor Show in September. With the premiere date set, the company’s engineers apparently see no reason to hide the engine’s development because Mazda3 test mules proclaim their use of Skyactiv-X in huge letters across the side of the hatchback.

2019 Mazda3 Debuts With Cutting-Edge Style And Tech In LA

Aesthetically, these test mules look largely like the existing Mazda3. Up front, there’s a revised fascia with more prominent intakes in the lower corners. Camouflage around the fuel filler suggests tweaks for the rear fenders, too. The matte black paint and matching wheels look fantastic on the hatchback, though.

Under the hood, there’s no question that these Mazda3s have the firm’s new Skyactiv-X powertrain. The engines are the world’s first market application of compression ignition in a gasoline engine. This layout compresses the fuel-air mixture until it combusts, which is like a diesel. Mazda’s application also uses a supercharger. The gallery below provides some graphs explaining the tech.

Skyactiv-X will arrive in the Mazda3 first in 2019 and will then proliferate into other models. In 2021, the firm will add plug-in hybrid variants for even greater efficiency. Some of the electrification tech will come from Mazda’s partnership with Toyota.

Rumors suggest that Skyactiv-X's compression ignition system might arrive in Mazda's next rotary engine, too. The mill would allegedly produce around 400 horsepower (298 kW). Best of all, the powerplant could premiere in a new sports coupe as soon as the Tokyo Motor Show in late October.