2018 Chevy Corvette ZR1 Could And Should Look Like This 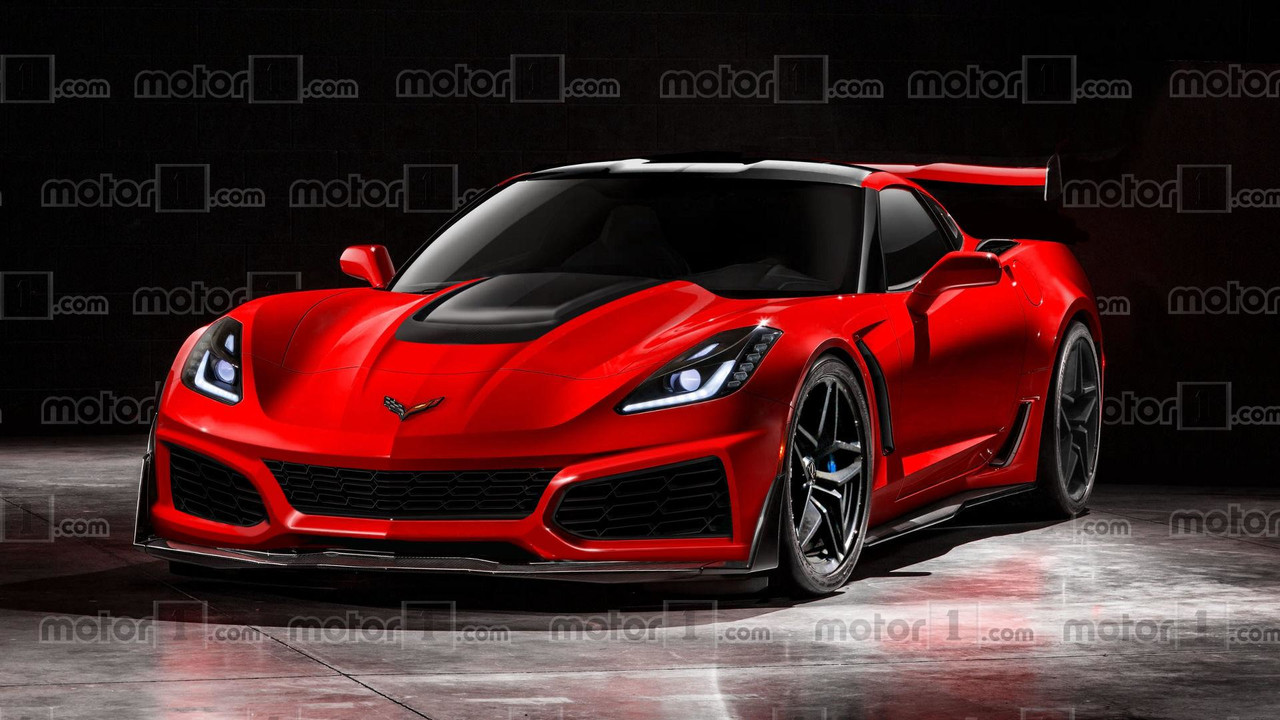 And with the render being based on spy shots, it probably will.

It’s the beginning of September and we still have no idea when Chevrolet will finally take the wraps off the ultimate Corvette, the ZR1. A best-case scenario would have to be the Los Angeles Auto Show early December, unless the company with the bowtie emblem will decide to host the hotly anticipated premiere a month later in Detroit. Meanwhile, a new render is available courtesy of OmniAuto.it / Motor1 Italy to try and ease the wait.

We’ve seen the Corvette ZR1 in dozens of spy shots showing a multitude of prototypes. Some had big rear wings while others didn’t; some were coupes while others were convertibles, and there were also a few with elongated exhaust tips to partially cancel the glorious soundtrack provided by the yet unknown engine. Why? Because the car was simply too loud for the Nürburgring, prompting Chevy to take this unusual measure as a way dial down the volume in order to be legally allowed to test the prototype. You won’t find the extended rear pipes on the production model, but the rear wing should be there to boost aero.

The meanest ‘Vette of them all will serve as a last hurrah for the C7 and quite possibly for the front-engine layout altogether as the C8 coming around 2019 will finally have the powertrain in the middle after decades of rumors. The two cars could actually share the same engine if we were to rely on the rumor mill, which indicates Chevy will install its all-new LT5 DOHC V8 with a 6.2-liter displacement. The engine itself appeared in a GM service department internal document, so we know for sure that it will arrive sooner or later.

If we will see it in the ZR1’s engine bay, it will definitely have significantly more than the 650 horsepower generated by the supercharged LT4 6.2-liter inside the Z06. We won’t be too surprised if it will hit the sweet 700-hp spot. The immense American muscle could be channeled to the wheels through a 10-speed automatic transmission, with no signs of a manual.