Lots of changes at Suzuka since 2006 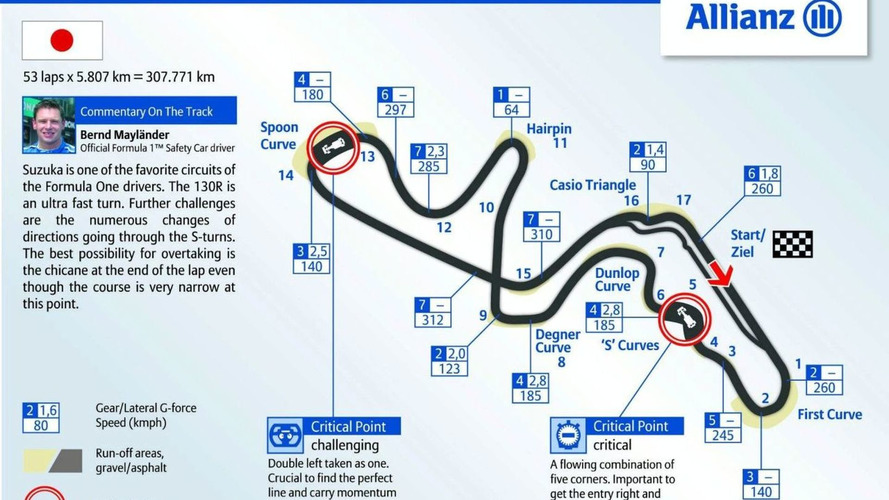 There have been plenty of changes within the boundaries of the Suzuka circuit since it last hosted a grand prix in 2006.

There have been plenty of changes within the boundaries of the Suzuka circuit since it last hosted a grand prix in 2006.

The fabled venue is loved by drivers and spectators alike due to its exciting layout, but when Toyota's refurbished Fuji Speedway replaced Suzuka three years ago, it was suggested only a major revamp would lead to its return to the calendar.

For F1's travelling circus, the most notable changes this weekend will be the new pit building and team offices, which previously seemed particularly dated in comparison to some of the sport's other venues.

There is also a bigger and better paddock area, and new grandstands.

The drivers and engineers, meanwhile, will be most interested in the new asphalt surface, which extends all the way from after the fabled 130R corner near the end of the lap, to after the equally-famous 'Esses'.

There is also a new pit exit, which sees the cars enter the circuit after rather than before Turn 1, as well as some new asphalt run-off, and many other minor tweaks.

"I am pleased the layout is the same with just resurfacing," said Toyota's Jarno Trulli, who has contested 10 of Suzuka's 21 F1 races. "It's one of my favourite circuits."

Gallery: Lots of changes at Suzuka since 2006