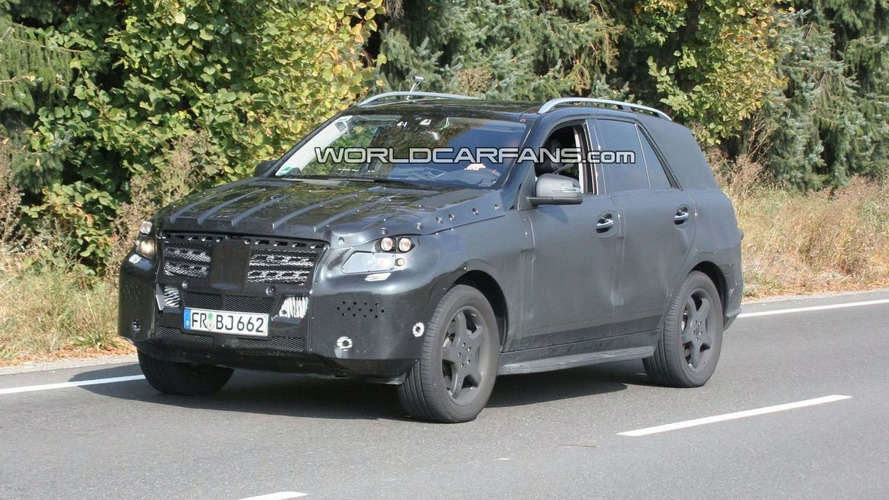 Our spy photographers have managed to get the first interior pictures of the 2012 Mercedes M-Class.

Our spy photographers have managed to get the first interior pictures of the 2012 Mercedes M-Class.

As you can see, the center console is dominated by three distinct control panels. The left knob controls the COMAND system, while the right rear-most device seems to adjust the all-wheel system according to road conditions (a la Land Rover's Terrain Response system). Likewise, the console's top right interface appears to contain selections for the suspension (damping, ride height, etc).

Further up, the button-intensive center stack provides access to the climate control system, radio, and telephone. While the display screen appears absent in this prototype, the production version will likely dwarf the one used in the current M-Class.

Other interior features include a dual pod instrument cluster, a GLK/C-Class steering wheel, and a large section of wood trim on the dash.

As we have previously reported, engine options will likely carry over with minor modifications for improved fuel efficiency and added performance. Rumors seem to suggest the ML 450 Hybrid could spawn a plug-in variant, but that remains unconfirmed.

Look for the redesigned M-Class to be unveiled at an auto show in late 2011 or early 2012.