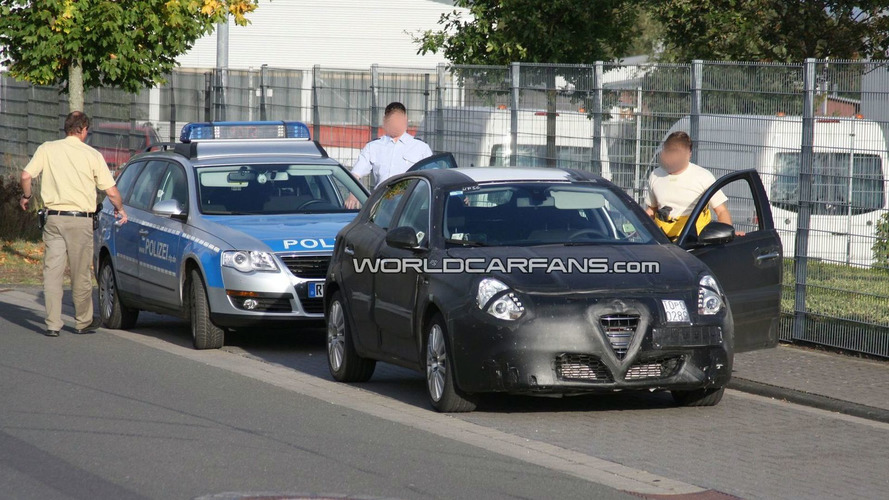 As these latest spy photos show, automotive testers have a rough life. If they're lucky enough to survive crashing into a snow bank or catching on fire, they still have to deal with the police.

This brings us to the story of an unfortunate driver behind the wheel of an Alfa Romeo Milano prototype. While we don't know why the German police pulled him over, near the Nürburgring, it probably wasn't one of the moments he wanted spy photographers to catch.

Essentially a replacement for the aging 147, the Milano features modern MiTo-inspired styling underneath all that camouflage. Since the car was already unmasked by several cell phone pictures, taken at an Alfa Romeo factory, the new images don't provide a lot of additional details.

Judging by the pace of development, look for a possible unveiling at Geneva Motor Show in March 2010. According to documents released as part of Chrysler's bankruptcy, the Milano also seems destined for North America.