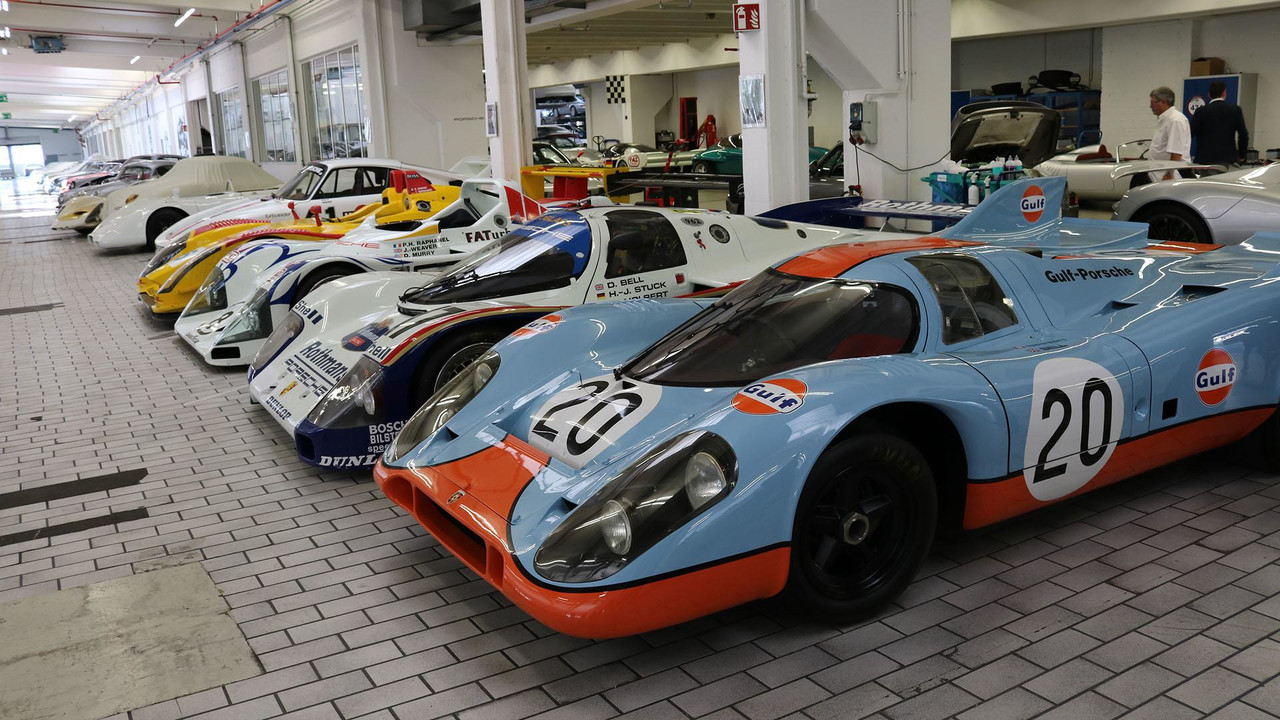 Race cars, prototypes, and more lurk inside this secret warehouse.

Anyone can pay €8 (about $9.50) to tour the Porsche Museum in Zuffenhausen, but almost nobody gets to visit the off-site storage facility located a few miles down the road. Lucky for us, Alexander Klein, head of Porsche’s classic car collection, took a small group of journalists on a tour of the 9,000-square-meter warehouse – and let us photograph what we saw.

Porsche’s museum collection counts about 575 cars, but with only 85-90 on display at one time at the tourist-friendly Museum, around 300 are stored at this secondary facility.

“We are very proud to have a unique collection,” says Klein. As you’d expect, there are countless production cars: Carrera GTs, 959s, dozens of Cayennes, 911s of every iteration, Boxsters, Caymans, 924, 928s, and many, many more. There are also various development prototype cars, as well as about 160 race cars from all eras of Porsche’s motorsports history.

When it comes to the racing machines, Klein says his team takes care not to restore them too heavily. The goal, he says, is to leave them, “still in that condition how they crossed the finish line maybe 40 or 50 years ago.” He cites the example of a rally car from which Porsche saved jars of dust and mud to prove its provenance, or Le Mans endurance machines that have never been washed: “We would like you to count even the flies on the windshield.”

The majority of the cars here belonged to Porsche from the outset, but occasionally unrestored models will be purchased to fill in gaps in the collection. Klein says he’s overseen the purchase of 14 cars over the past four years.

“If there is more demand for certain cars, we try to obtain another one,” he says.

Wandering around the storage facility is a joy, even if quite a few cars must remain hidden under drop cloths that Klein implores us not to lift. Still, it’s a treat to see the Le Mans-winning Porsche RS Spyder alongside 16-cylinder Can Am machines. There are also some real oddities. Below left is the 932 concept that presaged a four-door car like the Panamera; on the right is a chopped-up convertible used to conceal early Boxster prototype running gear.

In another area, there’s this convertible Cayenne prototype that reminds one of the Nissan Murano CrossCabriolet.

The car never reached production, but he says its basic roof operating principle – the top is stored below a shell that raised from the back of the vehicle – was used for the latest 911 Targa.

The regular Porsche Museum is well worth a visit if you’re in the area to begin with, but getting to see the cars that are hidden from public eyes was an incredible treat. For a taste of all that I saw, check out the photo gallery below.