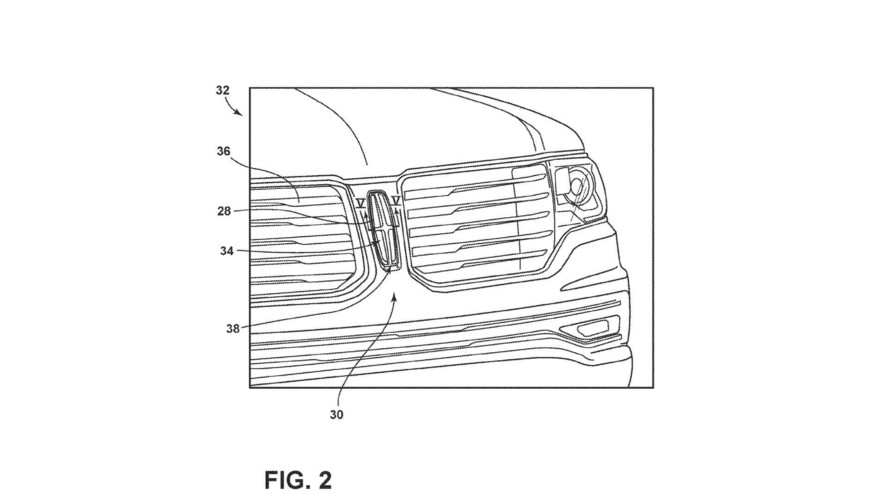 The idea lets the badge flash quickly in multiple colors.

Illuminated badges aren’t a new technology in the auto industry. Just look at the backlit star that’s widely available in the Mercedes-Benz lineup as an example. However, a recently published patent from Ford describes the most complicated version imaginable of this seemingly simple concept.

Ford’s patent describes an illuminated badge with two or more light sources, and a computer would be able to control each of them separately. This would allow one light to remain on constantly while the other flashes. According to the company’s documentation, it imagines using this feature for “a car finding feature, a remote start indicator, a door lock indicator, a door ajar indicator, a running light etc.”

The tech would also be able to vary the color and brightness of each light’s illumination and flash for as little as 1/100th of a second. The ability to make these rapid changes would seem perfect for Ford’s future police vehicles.

The company’s patent also spends a significant amount of time describing the possibility of using a photoluminescent substance as one of the light sources. These materials absorb electromagnetic radiation and emit light – think of a glow-in-the-dark sign. When this portion illuminates, the other lights would “flicker in multiple different colors to create a prismatic appearance within the badge,” according to the document.

Ford believes that this complicated method of lighting a badge provides “an efficient and cost-effective means to produce illumination that may function as a distinct styling element that increases the refinement of a vehicle.” There’s no guarantee that a patented idea arrives on the market, but using the Lincoln badge for the illustrations in these documents might hint at the automaker’s plan for putting this concept into practice.