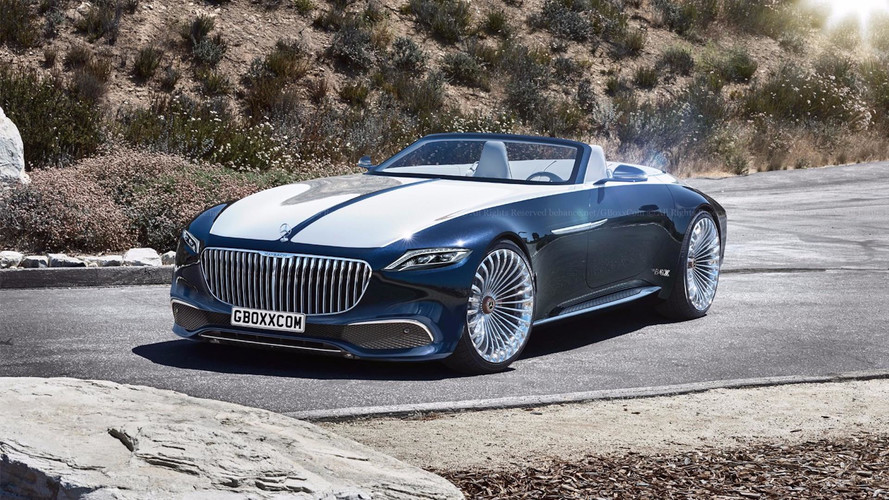 The Vision Mercedes-Maybach 6 Cabriolet concept, when it made its debut earlier this month at Pebble Beach, was arguably the prettiest concept car on display throughout the entire weekend… though BMW might disagree. With an elegant, dramatic design, and a removable soft top, the cabriolet lived up its promise of being a "big surprise."

While concept itself may never make its way to production, similar to its hard-top counterpart, at least one designer has imagined the Maybach 6 cabriolet wearing production-ready sheet metal.

Rendering artist Aksyonov Nikita has digitally mocked up a production version of the Mercedes-Maybach 6 cabriolet – and it looks stunning. Many of the same cues carry over from the original concept to the proposed production version, including the long, sloping hood, the dramatic vertical grille, and the hood-mounted star ornament.

The most notable changes come in the headlights, which look like they were ripped off another Mercedes concept, as well as the fascia, which gains three new vents located just underneath the massive grille. The body, apart from an added two-tone white and blue finish, remains mostly unchanged, including the 24-inch wheels.

Out back, the rendering gains a more prominent diffuser and dual exhaust tips – not that the electric concept needs them. The same taillights carry over, as do nearly all of the other design elements in the rear.

The original concept was powered by four electric motors producing an impressive 739 horsepower (551 kilowatts), allowing for a 0-62 mile-per-hour sprint of less than four seconds, and an electronically limited top speed of 155 mph (250 kmh). If the concept does reach the production line, expect similar stats, maybe with a hybrid powertrain instead.