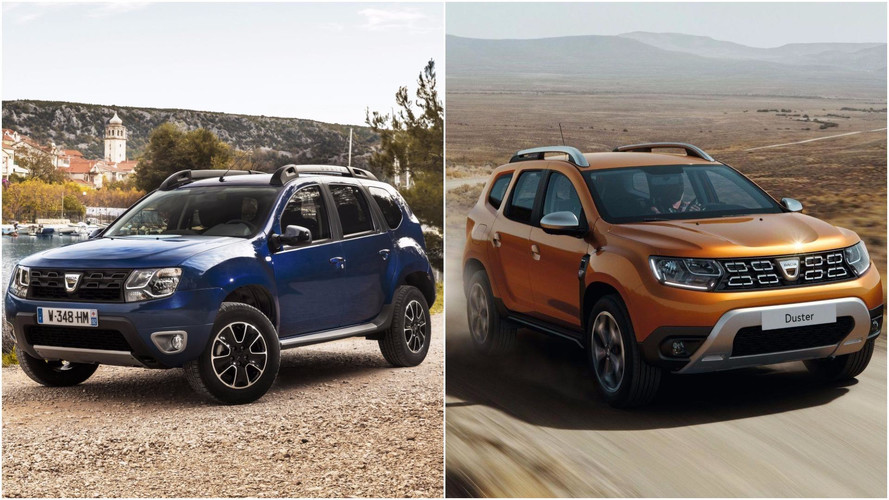 A fat cash cow for Renault, the Dacia Duster is now ready to make the transition towards a second generation. People who had been hoping for a more significant styling refresh are in for a disappointment as the new version of Romania’s cheap SUV is a subtle evolution of the model it replaces. That being said, keen eyes will notice a lot of small design tweaks have been made all over the body, even though overall it looks awfully familiar.

At the front, the headlights with LED daytime running lights now have a different shape and are significantly wider than before. These are flanking a new take on Dacia’s corporate grille featuring cues borrowed from the old grille combined with those of the Stepway models. The hood has been altered as well and it now features an extra pair of creases towards the sides.

In addition, a sizeable skid plate finished in satin chrome lends the Duster a more rugged appearance and is made from a type of plastic resistant to scratches. Lastly, the square fog lights come to replace the old round clusters.

The side profile has also been subjected to quite a few changes, starting off with the bigger mirror caps and a slightly higher beltline. We can also observe the funky 17-inch alloy wheels with a two-tone design and a black piece of trim on the front fenders adorned by the “4WD” logo sending out a 1990s vibe. If someone were to ask us what we would change, it would definitely have to be the design of the door handles. These are not the same as the ones the old Duster had, but they’re not new either as these appear to be virtually identical to those of the Logan.

Moving on, the more steeply raked windscreen has been brought forward by 100 millimeters (almost four inches) and Dacia also made some changes to the fixed side windows. Aluminum roof rails come to round off the changes to the side profile.

The first thing you will notice at the back of the 2018 Duster is the smart look of the square taillights, which look like they’re derived from the Jeep Renegade. The four stacked squares of the rear clusters continue the theme implemented in the facelifted Logan models and are a nice touch. A skid plate similar to the one seen at the front further enhances the SUV’s off-road appearance.

Real images of the cabin have not been provided, but Dacia has made the promise it will have a “completely redesigned, quality-feel interior and new equipment.” A preview was provided courtesy of the four-in-one sketch shown above, but it’s unclear whether this will be the final look as it could merely be an intermediary design. If history has taught us anything, it's that sketches rarely match the real deal, so we won't be too surprised if the final layout will be significantly different. If by any chance this is the production-ready configuration, the somewhat spartan interior of the outgoing Duster will become a thing of the past.