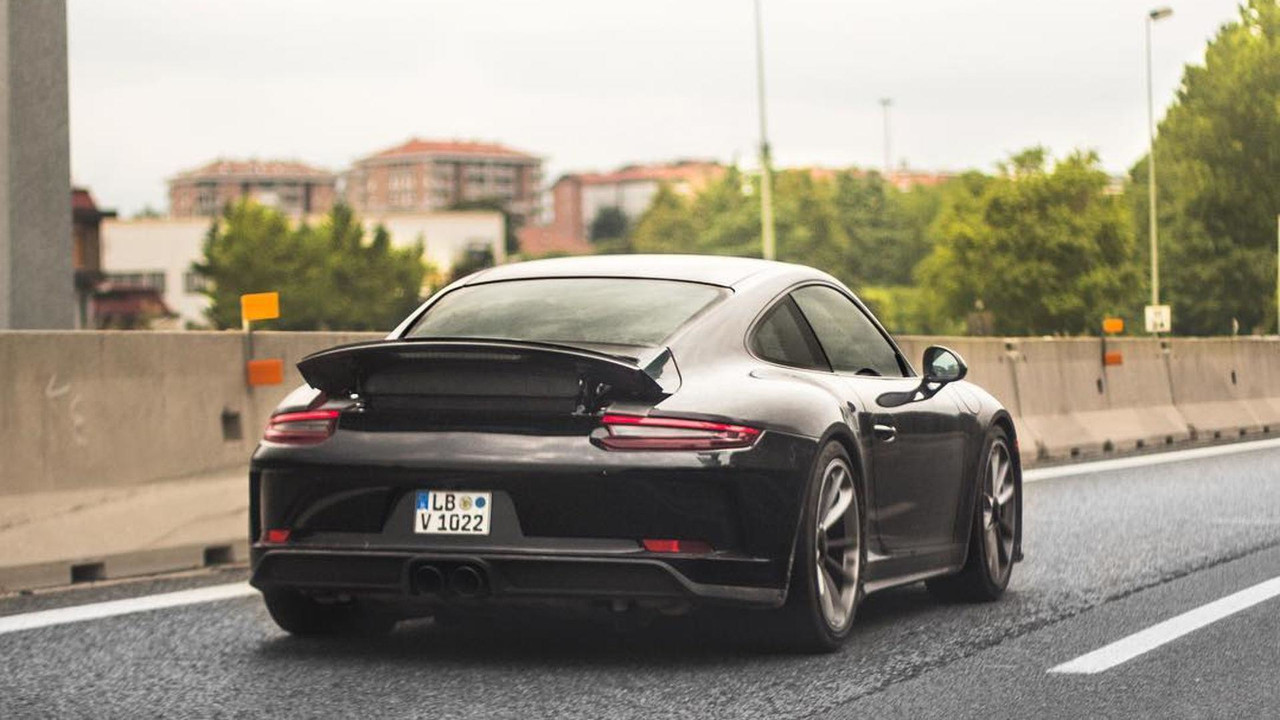 If you missed out on the 911 R, this might be the next best thing.

Porsche isn’t shy about creating a 911 variant to cater to every segment of potential buyers, and it now looks like the firm’s stand at the Frankfurt Motor Show could include a new version of the coupe, in addition to displaying the latest Cayenne. Two spy shots show what is allegedly a Touring Package for the GT3 that strips the fixed rear wing off the track-ready model.

Unfortunately, these pictures only show the mystery 911 from behind, but spy shots from the spring (see gallery below) might provide a better look, including revealing the front end and red seat belts. At the time, we speculated that the vehicle might have been a 911 R successor based on the refreshed GT3 because of the simplified exterior.

The Touring Package would tweak the GT3 to focus on sporty driving on the road rather than hardcore track performance. The changes might include a slightly softer suspension setup, but judging by the low ride height in these photos, the ride would still be quite firm. The naturally aspirated 4.0-liter flat-six engine would continue to deliver 500 horsepower (373 kilowatts) and 338 pound-feet (458 Newton-meters) of torque, too. A manual gearbox seems likely inside, but there’s nothing official about this coupe yet.

Reviving the idea behind the last 911 R without using the branding makes sense because the company can make more of the driver-focused coupes but keep collectors happy by keeping the R moniker exclusive. Porsche only made a limited run of the R, and the examples sold out immediately. The models have now become quite a hot commodity on the second-hand market. For example, dealers have been asking upwards of $700,000 for them – quite a markup over the original $184,900 asking price. Some owners even tried to get over $1 million for their rare coupe.