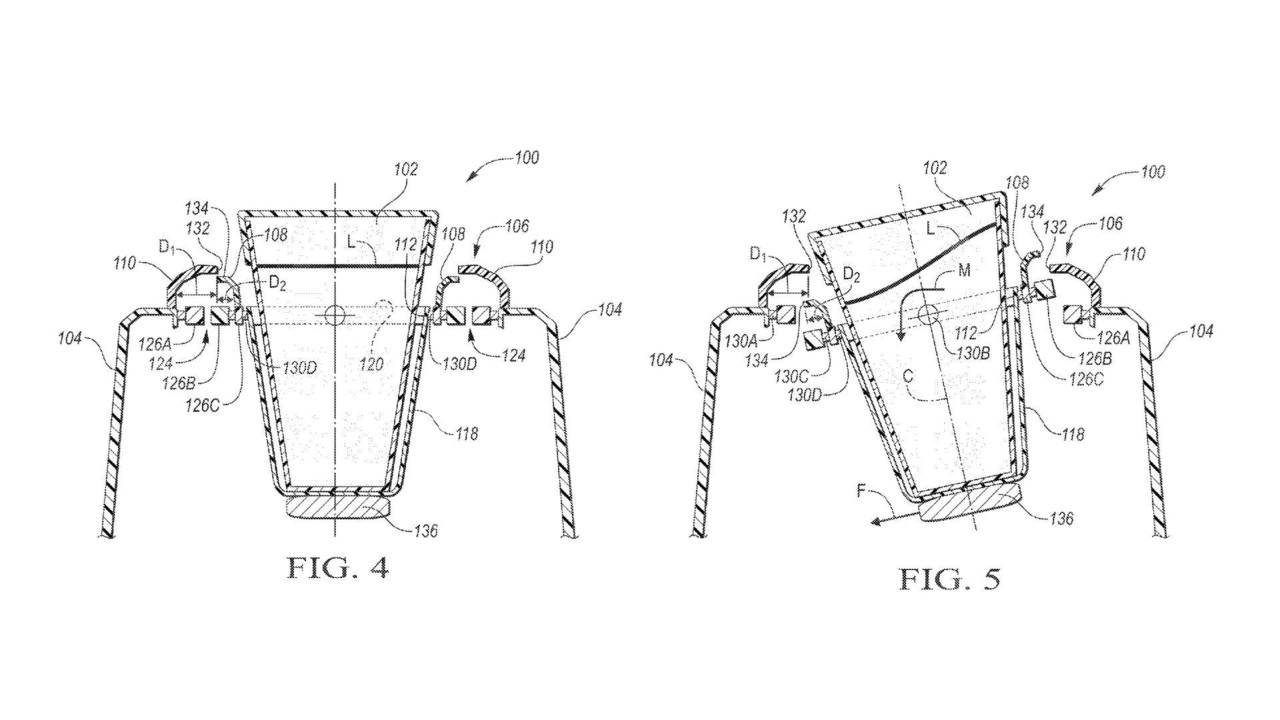 This will help keep the coffee in the cup.

Ford must have a fascination with cup holders. Last year, Ford found a way to sneak two extra cup holders into the 2017 Super Duty pickup truck, bringing the total number of cup holders to 10 in that vehicle. This month, Ford has filed a patent for a self-leveling cup holder designed to keep your coffee in the cup regardless of what external forces are thrown at it – acceleration, deceleration, spirited driving down a two-lane mountain pass.

The contraption works by placing the cup holder at the center of a simple gimbal, which pivots based on the external forces. A weight at the bottom of the holder assists the gimbal in tilting in the correct direction. It’s not rocket science, but a neat invention nonetheless.

The patent also shows a raised lip guard around the holder designed to keep items and dirt from interfering with the gimbal. The guard also acts as a stop against allowing the cup holder to tilt too far in one particular direction.

Now don’t go perusing your Ford dealership for these magical cup holders just yet. Automakers often file patents for things that never see the light of day. Just because it works well in concept, doesn’t mean it will work in execution.

It may seem odd to put all this effort into cup holders, but to consumers, they matter. Design, location, and usability are often at the top of the shopping list for new-car buyers. So, while the idea of a self-leveling cup holder seems a bit, uh, extreme, Ford may be onto something. In a world of static cup holders, it’s time for the world to see what they’ve been missing – a new place to lose their spare change.

If “Disclosed herein are vehicle beverage holder assemblies” is phrasing that strikes your fancy, you can read all the technical bits of the patent here.