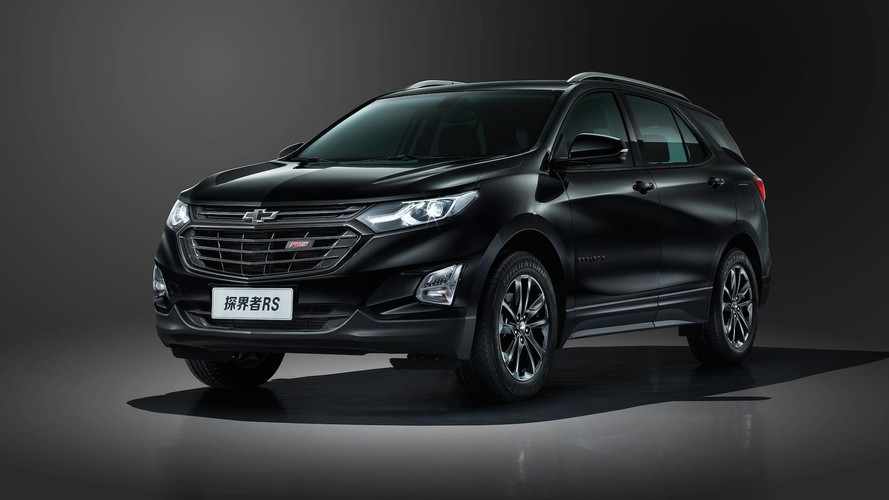 The package doesn't include a boost in power, unfortunately.

Chevrolet’s longstanding, long-successful RS (or Rally Sport) badge is finally making its way onto an SUV with the arrival of the new Equinox RS. The sporty Equinox trim, only available to buyers in China, will bow at the upcoming Chengdu Motor Show, and marks the brand’s second introduction of the RS trim in the market, following the Camaro RS earlier in the year.

The new Chevy Equinox first made its debut last September, before showing up officially in China the following April. Equipped with either a 1.5-liter four-cylinder engine, or a 2.0-liter turbocharged engine, buyers are able to choose between 170 horsepower (127 kilowatts) and 252 horsepower (188 kilowatts) respectively.

The RS badge doesn’t add an extra power, sadly, but it does introduce a bit more sporty refinement overall, both inside and out. The sleek appearance package accentuates the SUV’s upscale new design, while a red RS badge, black Chevy logo trim, body-color door panels, a black rear nameplate, black Chevy bowties, and a dark-painted wheels with silver accents finish of the package.

Chevrolet today launched the Equinox RS – available only in China – at the Chengdu Motor Show. This marks the brand’s second introduction of the RS trim in the market, following the Camaro RS earlier this year.

The Equinox is GM's best-selling global SUV. It was launched in China in April. The Equinox RS is a nod to the increasing demand for performance-inspired styling among Chinese vehicle buyers.

The launch of the Equinox RS follows Chevrolet’s announcement late in 2016 that it would introduce more than 20 new or refreshed products in China by the end of 2020. Nearly 30 percent of these models will be SUVs and nearly half new nameplates for the China portfolio. Chevrolet has already introduced the Malibu XL, all-new Cruze, sixth-generation Camaro, Trax and other models.