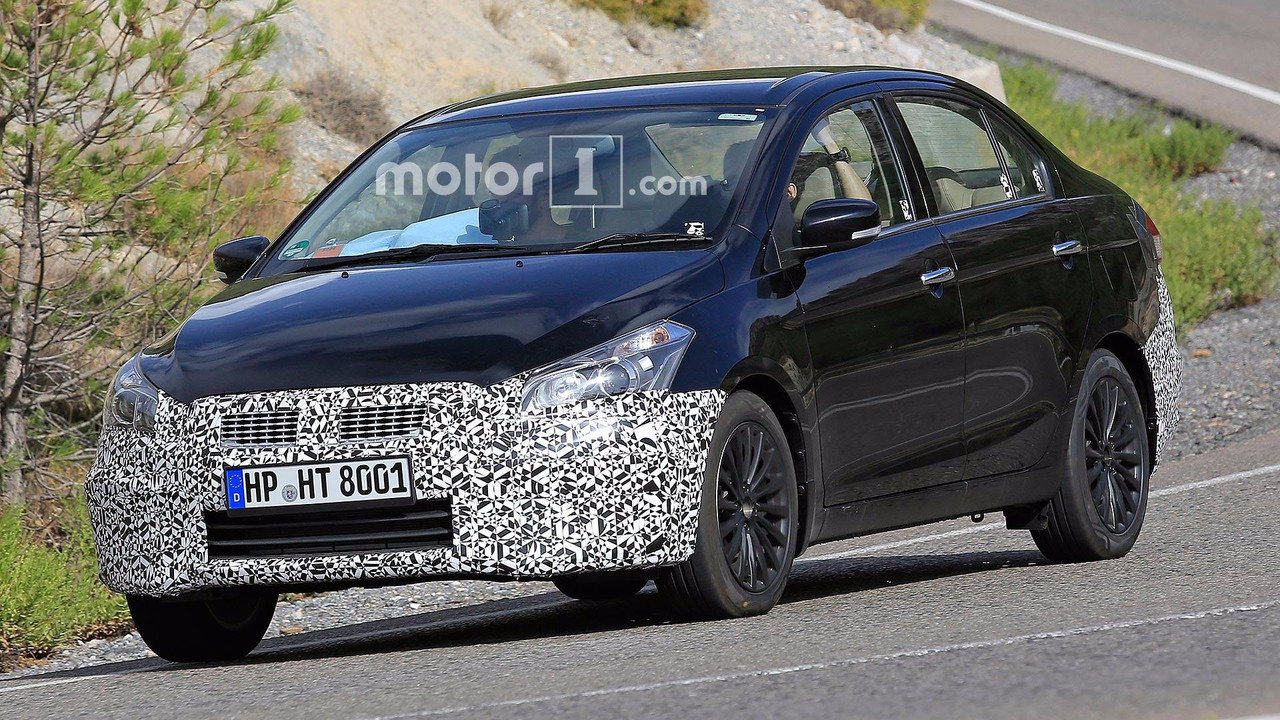 The little sedan receives updates to the front and rear.

New spy shots reveal that Suzuki has another updated model on the way. In addition to the refreshed Vitara and new Jimny, the photos reveal that the little Ciaz sedan has some styling updates on the way.

These pictures show the compact Ciaz testing in Europe, despite not being available there. Suzuki primarily sells the sedan in Latin American and Asian markets. The vehicle features a revised front end that appears to include a narrower grille than what’s on the current model. The lower fascia is well camouflaged, which hides the tweaks there.

There’s also a new rear bumper, but Suzuki’s concealment hides the exact changes. The current model features niches that the reflectors sit inside of, but these elements don’t seem as prominent on this test mule.

More Suzukis On The Way:

The current Ciaz debuted in 2014 as a replacement for the SX4. It measures 176.8 inches (4490 millimeters) long and rides on a 104.3-inch (2650 mm) wheelbase. The sedan is available with fairly high-end equipment like automatic climate control, a touchscreen infotainment system with navigation, rearview camera, and leather upholstery.

Gallery: Suzuki Authentics production version due next year in China

The Ciaz’s design took inspiration from the Suzuki Authentics concept (above), but the company significantly toned down show car’s stylish look.