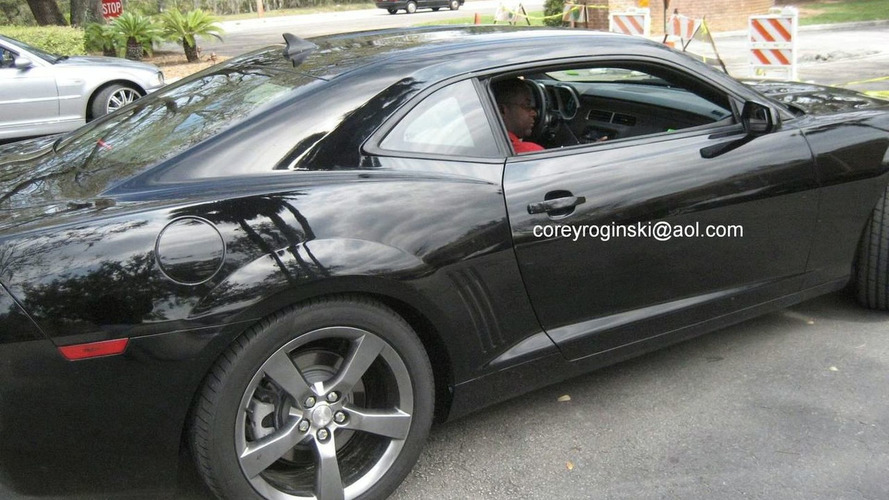 Production of the new Camaro is set to begin in 2009 with sales starting soon after. Expected engine offerings will likely include a 3.6L V6 and 6.0L V8, while high performance offerings are anyoneâ€™s guess.

A member from the Camaro5 forums was able to catch a glimpse of an undisguised Camaro mule undergoing evaluation. According to photographer Corey R, the car features 20-inch wheels fitted to 245 front and 275 rear tires. Wearing a hood scope from the Corvette Z06, it appears likely this particular mule is powered by a V8 engine. The engineers asked the photographer not take pictures of the interior, yet several shots show minor interior details.