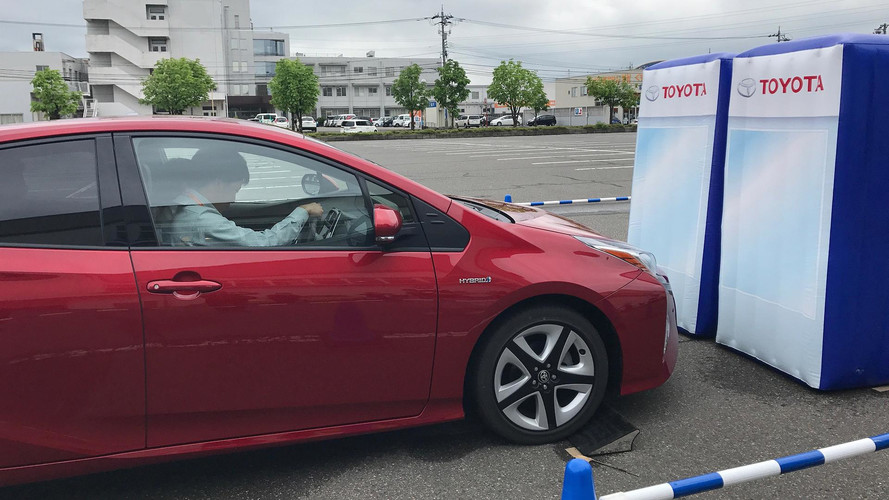 Nothing ruins a morning commute like a rear-end crash.

Rear-end collisions are one of the most common types of accidents on roads in the United States. Thank you, distracted driving. For as frustrating and sometimes deadly these accidents can be, Toyota says its Safety Sense and ICS (Intelligent Clearance Sonar) packages can reduce rear-end collisions by up to 90 percent.

According to the National Transportation Safety Board, 1.7 million rear-end crashes occurred in 2012, resulting in 1,700 fatalities and 500,000 people injured. One way to mitigate those crashes is through technology. Alone, the Toyota Safety Sense technology reduces such crashes by approximately 50 percent, according to calculations Toyota performed.

The Japanese automaker hopes to increase the number of vehicles sold with Toyota Safety Sense and ICS to approximately 90 percent by the end of the 2018 fiscal year. It’s like the automaker had read the 2015 NTSB report that threw some shade towards carmakers regarding collisions, and the need for adequate safety technology.

In that report, the NTSB said, “Slow and insufficient action on the part of the National Highway Traffic Safety Administration (NHTSA) to develop performance standards for these technologies and require them in passenger and commercial vehicles, as well as a lack of incentives for manufacturers, has contributed to the ongoing and unacceptable frequency of rear-end crashes.”

However, sensors and gadgetry only go so far.

Even if every car on the road came equipped with the latest safety technology, rear-end collisions would still occur. However, if we could reduce them by a fraction of what Toyota is estimating, there’d be more lives saved and fewer injuries. That’s something we should we working toward.

Toyota performed independent calculations based on accident data from the Institute for Traffic Accident Research and Data Analysis (ITARDA) and determined that vehicles equipped with the Toyota Safety Sense package experience an approximately 50% reduction in rear-end collisions compared to vehicles without the safety package, while vehicles with both the Toyota Safety Sense P package and ICS (Intelligent Clearance Sonar) experience an approximately 90% reduction compared to vehicles without either feature. Vehicles equipped with Toyota Safety Sense P and ICS are classified in the "wide" Safety Support Car S (or Sapo Car S) category, are recommended particularly for older drivers, and adhere to the Safety Support Car recommendation of a public-private partnership that includes the Ministry of Economy, Trade and Industry (METI) and the Ministry of Land, Infrastructure, Transport and Tourism (MLIT)3. Toyota will increase vehicles equipped with Toyota Safety Sense and ICS, which have proven safety enhancement effects, to approximately 90% of all vehicles sold, including compact cars, by the end of FY2018.

In addition to expanding the adoption of safety support technologies, Toyota is increasing programs to educate drivers, pedestrians, and others about safety.

"Support Toyota" programs are being conducted in collaboration with dealerships and other organizations with the aim of enhancing customer safety and assurance.

To develop a safe transportation society, it is necessary to conduct safety-related activities based on the following three pillars: vehicle-based initiatives that lead to the manufacture of truly safe vehicles by incorporating a cycle of activities including accident surveys, analysis of accident causes, and development and commercialization of countermeasure technologies; human-based initiatives such as educational programs for drivers and children; and traffic environment-based initiatives including ITS (Intelligent Transport Systems) measures. To contribute to the elimination of traffic fatalities and injuries―Toyota's ultimate goal―Toyota will continue its three-pillar approach to efforts addressing people, cars, and the traffic environment.

1 Introduced in stages starting in 2015 as a package designed to help prevent or mitigate collisions across a wide range of vehicle speeds at price levels set to encourage widespread use. Adoption of Toyota Safety Sense on nearly all passenger cars in Japan, North America, and Europe will be completed this year.

2 Helps prevent collisions caused by pedal misapplication in parking lots and garages, which account for approximately 30% of all accidents. Also supports collision avoidance and damage mitigation during low speeds regardless of accelerator or brake operation.

4 Termed the City Firefly Project to brighten dark streets in order to prevent accidents. To prevent accidents involving pedestrians in low-light evening conditions and at night, when the incidence of fatal traffic accidents is higher, the project encourages the effective use of high-beam headlights, which can expand visibility to more distant areas, and encourages pedestrians to wear reflective materials to make themselves more visible to drivers.