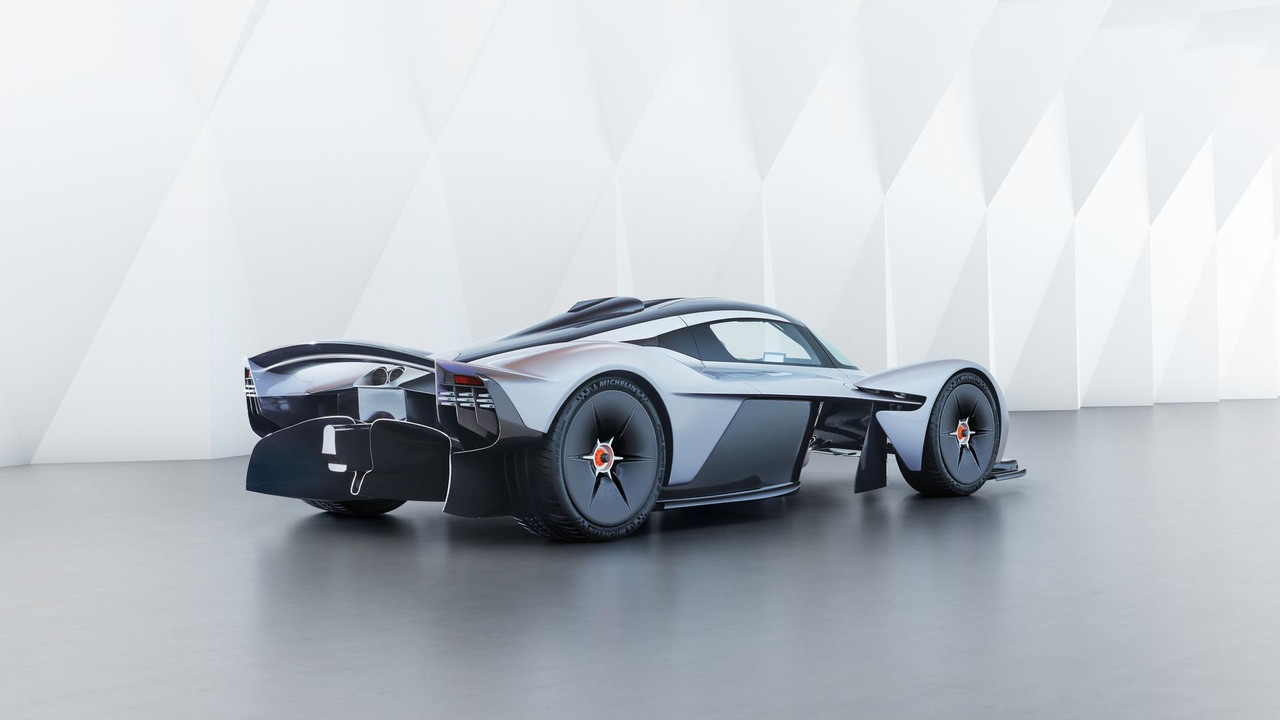 Not to mention every vehicle in the range will feature a hybrid engine by the mid-2020s.

Aston Martin is taking the fight to Ferrari and McLaren with a unique sports car offering all its own, positioned just underneath the high-horsepower Valkyrie. We won’t see it for a few years, unfortunately, but when it does arrive, it will reportedly come powered by a mid-mounted engine – just like the 488 and 720S – but unlike its rivals, it may feature a turbocharged V6.

According to Andy Palmer, in an interview with The Financial Times, the CEO let slip that the marque’s upcoming sports car will forgo a V12 or V8 in place of a smaller V6, and a manual gearbox. Part of the reasoning being displacement-based laws that would prevent the company from selling the supercar in markets like China without having to pay a hefty tax. Other details like price, horsepower, and design remain a mystery, but we do know that it will be launched about a year after the DBX crossover, likely somewhere towards the tail-end of 2020.

Alongside with the upcoming V6-powered sports car, Aston Martin will also introduce a range of hybridized and electric vehicles, sometime in the mid-2020s, with a plan for a fully electric lineup by the year 2030. "We will be 100 percent hybrid by the middle of the 2020s," Palmer said in the interview.

Unlike its current AMG-sourced V8s, Palmer admits that the battery and hybrid technology development need to be kept, "inside the company." Saying, "that's why we make our own V12 engine. We believe that EVs are a core technology, and therefore we want to do them ourselves."

The first fully electric car that Aston Martin is scheduled to introduce will be the RapidE sedan, followed shortly thereafter by the DBX crossover. Both cars will be built at Aston’s new state-of-the-art Wales production facility alongside the DB11 sports car.

The upcoming mid-engined sports car, meanwhile, will be built at Aston Martin’s Gaydon, U.K. facility with development led by former Ferrari Max Szwaj. Szwaj will work together with design chief Marek Reichman in development of the new model.