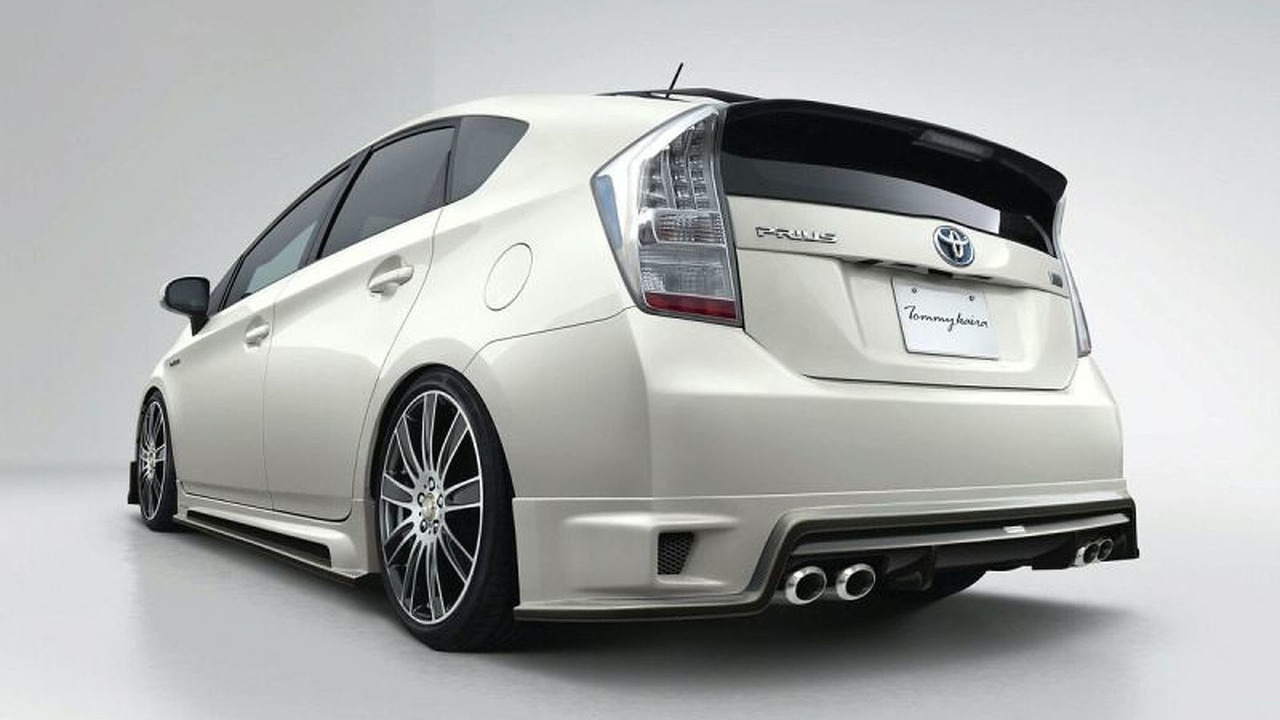 Tommy Kaira and ASI bring us this monstrous Toyota Prius. Is it a good thing that Japanese tuning has gone this green?

Eco-friendly cars are the talk of the town for the moment. Every manufacturer is either producing one or planning to. Toyota is an acknowledged leader in the field with its Prius hybrid as well as others. Few respected tuners have embraced the green thing so far, unless they are based in Japan where it almost seems the government has a decree forcing tuners to work on "green" cars as well.

How else do you explain the flurry of activity coming from enviro-friendly garages around the country? This Prius done by Tommi Kaira is but one of these. It features low front lips, big front air dams shaped like those of an Audi R8, thick rims, wide side skirts and a new rear bumper. The Prius logo is missing, as is the discretion normally linked to the car. Most striking though are the four tailpipes which do not in any way suggest "green". In fact they have the opposite effect on the eye.

Cars like the GT-R or the Impreza STI are well-suited for power and body upgrades. They are expected to pollute the eardrum along with the planet, and their fans love them for it. Prius and Honda Insight are quite different simply because of the statement they make.

There certainly is a future in eco-tuning (new word for you) but no one is quite sure what it looks like. That's perhaps why cars like this one could be discarded in current tuning circles. One such tuner is Ben Schaffer, owner of Bespoke Ventures. His company is a major American/international parts distributor and marketer for top Japanese tuning brands (KenStyle, Top Secret). Schaffer's view is that eco is good yes, but it has no place in the world of powerhouses like the R35 GT-R. Moderation is the key instead of jumping on the bandwagon. He reminds his fellow competitors/colleagues not to lose sight of their core business and enthusiasm which is sports cars.