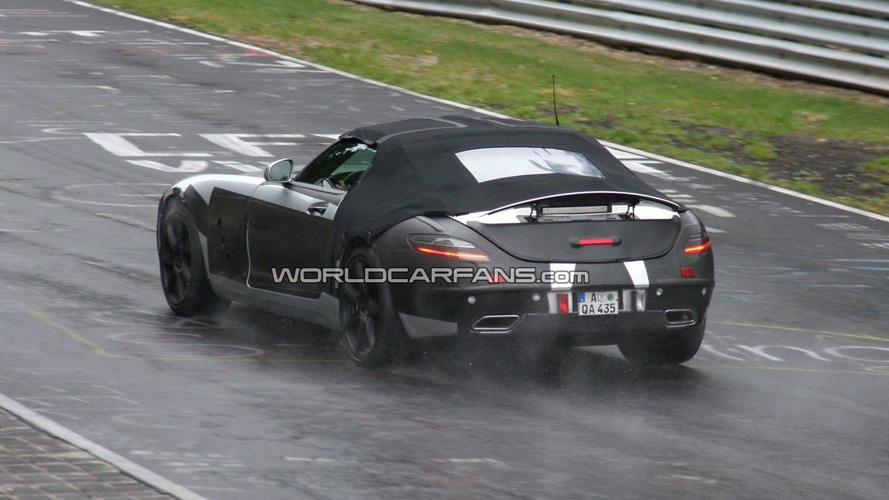 Now back in Europe: the Mercedes-Benz SLS AMG Cabrio was seen during a wet track run on the 'Ring.

Spies have snapped a barrage of new photos featuring the Mercedes-Benz SLS AMG Cabrio.  The car was seen on the Nürburgring following extended hot weather testing in the US.

The car was seen rolling around the wet German track, not taking full advantage of its engine.  It is believed that the car uses the AMG-produced 571 horsepower 6.3-liter V8 engine available on the SLS.  That engine produces up to 650 Nm of torque.  On the SLS, top speed is limited to 315 km/h, or roughly 195 mph.

A low four-second 0-100 km/h time is expected on the car, as engineers should be capable of keeping the weight down.

The Mercedes-Benz SLS AMG Roadster could get its introduction in March at the Geneva Motor Show.