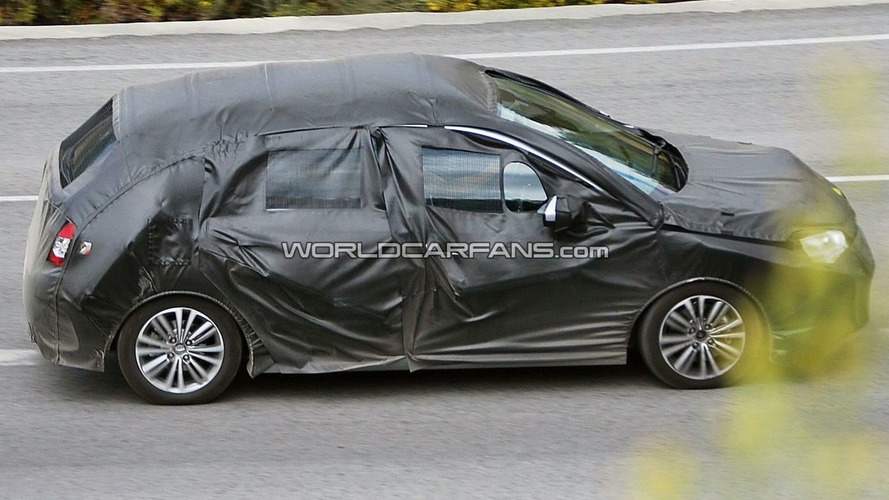 New Citroen C4 is slated for a debut next year. The C4 will be coming with a DS4 sibling too, just as the C3 has its more flashy counterpart in the DS3.

Here are the latest spy shots of the upcoming second generation Citroen C4 doing some hot weather testing in an unidentified location.

The heavy camouflage does not reveal much about the new C4, although it may be an indication of how badly the auto industry crisis has hit PSA Group since they appear to be using garbage bags for their camouflaging material.

Seriously, though, we do get a sense of the design lines of the new styling as well as the shape of the headlamps. We will simply have to wait to see more.

The C4 will be coming with a DS4 sibling too, just as the C3 has its more flashy counterpart in the DS3. Citroen will be using the DS designation for more lively, design-happy iterations of its model lineup. Citroen's strategy is to take the entire brand upmarket and set it up as an alternative consumer choice to the more established premium brands such as Audi, BMW and Mercedes.

Possible new features of the C4 include the diesel-hybrid drivetrain that PSA Group has been developing. Not many details have been released about that, except that it may one day power the Peugeot RCZ and that it comes with around a total of 200 hp (between the diesel engine and electric motor).

The Citroen C4 is slated to make its public debut at the Paris auto show in September of next year.