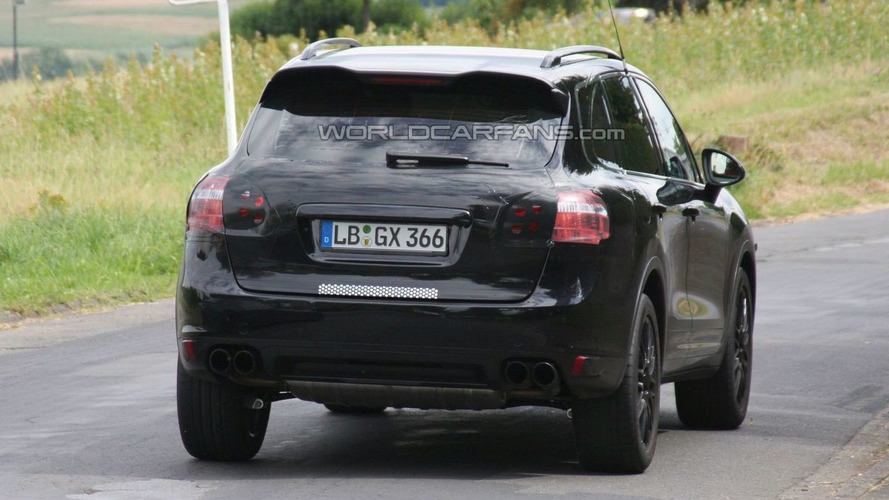 New Porsche Cayenne will be a lighter and more efficient SUV. The upcoming Cayenne looks more compact, has more pronounced shoulder lines and sports headlamps similar to the Panamera.

Here's the latest spy spotting of the upcoming Porsche Cayenne. This time it's a video and we get to see the world's most agile SUV in motion, conducting its own calisthenics around the Nurburgring circuit in preparation for a proper launch in 2011.

We've seen the spy shots of a barely disguised Cayenne before. Notable are the more pronounced shoulder lines and the Panamera-style headlights.

Also, the Cayenne looks more compact, although there's not specific data on its new dimensions. Porsche is definitely planning to make the Cayenne a lighter vehicle and improve its fuel efficiency. It is even planning a Cayenne hybrid. Doing those things can only make the Cayenne a better performer and less of a bulky SUV.

The new Porsche Cayenne is expected to go into production in 2010 with the first deliveries coming later the same year. We are likely to see the new Cayenne debut at a major auto show within the next few months.