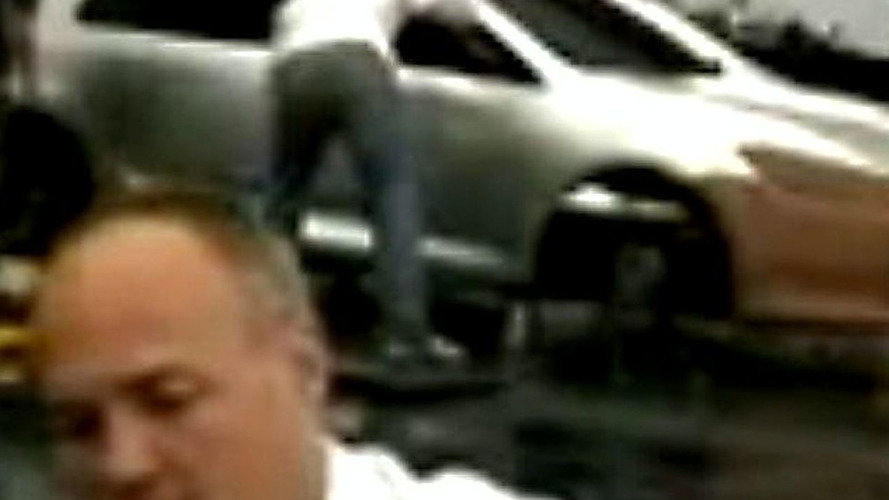 Volkswagen released a promotional video which appears reveal a design mockup for the 2012 Golf VII.

In an effort to build up hype for the L1 Concept, Volkswagen released a promotional video which appears to reveal a design mockup for the 2012 Golf VII.

Filmed at VW's Potsdam Design Center, the mysterious mockup appears 4 minutes and 37 seconds into the video. While we cannot be certain whether or not this is the Golf VII, the overall size and design seems to be correct. Regardless, the model features dramatic headlights, sleek styling, and a pronounced lower character line.

As we have previously reported, Volkswagen has recently begun road testing Golf VII prototypes. While the mules are wearing Golf VI bodies, it's obvious that the new model will be slightly longer and wider than today's Golf.

The Golf VII is expected to feature a seven-speed DSG gearbox, HCCI petrol engines (for reduced emissions) and an available Twin Drive plug-in hybrid powertrain. The latter combines a 1.5-liter diesel engine with three electric motors, which gives the Golf a range of up to 48km (30 miles) on electricity alone.