VW T-Roc GTI Will Only Exist In The Virtual World 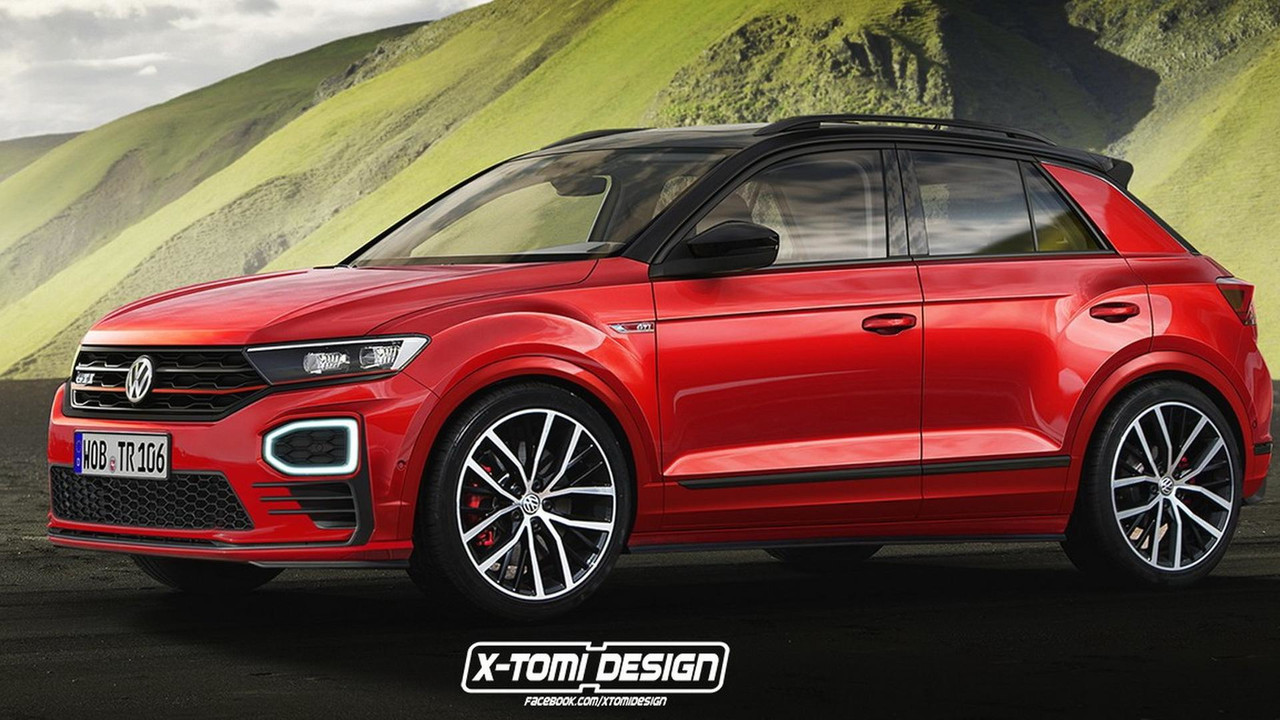 But an R version is seriously being considered.

Volkswagen has made it abundantly clear only the up!, Polo, and Golf hatchbacks are worthy of the GTI treatment, with no plans of giving the Passat or Touareg the Grand Touring Injection treatment in the future. That didn’t stop X-Tomi Design from imagining a T-Roc GTI, just days after the small crossover’s world premiere.

This purely hypothetical sporty derivative would obviously inherit the turbocharged 2.0-liter engine from the Golf GTI, good for up to 245 horsepower in the GTI Performance facelift guise available in Europe. But while a GTI model is not being considered, VW is analyzing the prospects of launching a T-Roc R with the 310-hp engine from the Golf R.

It was back in May when VW’s chairman, Herbert Diess, admitted he is keen on the idea of an all-wheel-drive T-Roc R with plenty of power. Autocar has now managed to learn from sources close to Wolfsburg that the company’s head honcho has actually tasked the engineers to build a development car. If green-lighted for production, the T-Roc R would follow the yet unreleased Tiguan R, another hot all-paw crossover about to break cover, supposedly with a five-cylinder, 2.5-liter engine from the Audi RS3.

The T-Roc is scheduled to go on sale towards the end of the year, following a public appearance next month at the Frankfurt Motor Show. If the R will be approved, we probably won’t see it until 2019, at the earliest.

As to whether the sub-Tiguan CUV will make it to North America, a final decision hasn’t been taken yet, but recent intel suggests the crossover won’t be getting the mandatory U.S. side marker lamps anytime soon. The reason for that is because VW is apparently targeting only Europe and China, despite previous rumors of a stateside launch for the 2019MY.