Genesis G70 Caught Being Pushed Hard At The Nurburgring

Will be quicker than its Kia equivalent, the Stinger.

With the BMW 3 Series, Audi A4, and Mercedes C-Class taking the lion’s share in the premium compact sedan segment, it’s going to be difficult for Genesis to steer buyers from getting one of the three German cars in order to purchase the forthcoming G70. But with the heavily related Kia Stinger shaping up to be a truly viable alternative to the cars from Deutschland, the third model coming from Hyundai’s posh brand should at least match the excitement, if not surpass it.

That’s because a Hyundai official revealed a while ago the G70, which he described as being a “pure sports sedan,” will be lighter than the Stinger thanks to slightly smaller proportions. Consequently, it means it will be quicker, so expect the 0-62 mph (0-100 kph) to be accomplished in less than the 4.9 seconds needed by the V6-powered Stinger.

With Hyundai being the bigger brand of the South Korean duo, it might decide to up the power ante beyond the current 365 hp of its Kia counterpart from its biturbo 3.3-liter V6. Corroborated with the lighter body, it should translate into a top speed higher than 167 mph (270 kph). Needless to say, there will also be lesser versions of the G70 with smaller, more affordable four-cylinder models to broaden the customer base. When Genesis will eventually make it to Europe in the next decade, a diesel might be offered as well.

As far as the design is concerned, the camouflage applied onto this prototype conceals the production body, but we already have an idea of how it’s going to look by checking out the New York concept unveiled last year at the namesake show. That was in fact Genesis’ first-ever concept and it looked quite promising.

While the spy video is not giving us the opportunity to see the interior, the photos attached below depicting another prototype allow us to get an understanding of what to expect from the final car. As you can see, Genesis was being quite generous with the camouflage as even the center console was disguised, which seems rather unusual.

When we will get to see the G70 in its production guise? A best-case scenario would have to be the end of the year or early 2018, either at the Los Angeles Auto Show in December or a month later in Detroit. 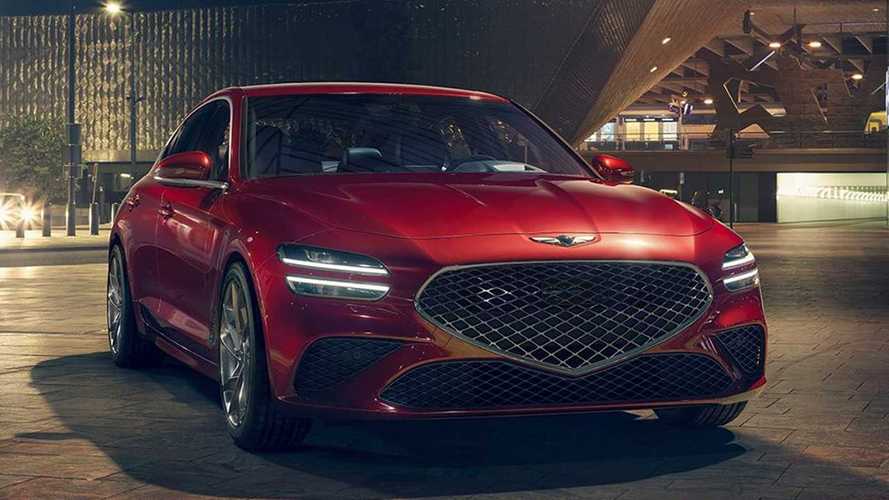