Skoda Has Made 15 Million Cars In VW Era 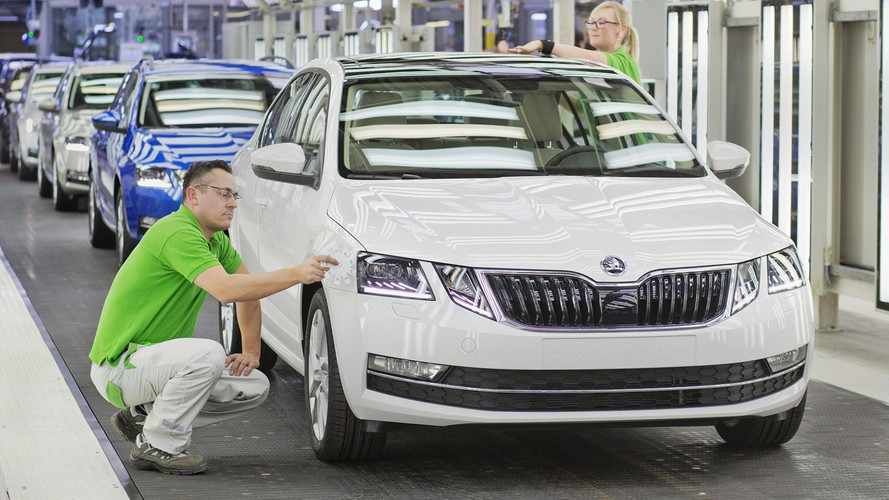 Most popular model of them all is by far the Octavia.

It was back in 1991 when struggling Skoda was basically saved by the Volkswagen Group, though it wasn’t until 2000 when it became a fully owned subsidiary. Back in the day, the Czech marque only had the Favorit and Forman models, which contributed to an annual production in 1991 of 172,074 cars. The first model to benefit from VW’s knowhow was the 1994 Felicia, effectively an upgraded variant of the Favorit.

In 1996, the first-generation Octavia came out using underpinnings derived from the Golf Mk IV. This was in fact the brand’s first model developed from the ground up to take advantage of the hardware engineered by Skoda’s new parent company. Fast forward to present day, it’s the best-selling model by a significant margin, with total deliveries standing at 5.6 million. In second place comes the Fabia supermini/wagon with 4 million units, followed by the defunct Felicia with 1.4 million and the flagship Superb with 1.02 million.

Not only has the model lineup been expanded to include the aforementioned models and the Karoq, Kodiaq crossovers, but the number of factories has jumped from three in 1991 to no less than 15 nowadays. The Skoda family also encompasses the entry-level, slow-selling Citigo available only in Europe and the Rapid/Rapid Spaceback slotting underneath the Octavia as a smaller, more affordable model.

Skoda has done the math and if it were to put all 15 million cars built in the VW era in one line, that line would measure 66,200 kilometers (41,134 miles). Last year it delivered 1.1 million cars in roughly 100 countries all over the world and 2017 is shaping up to be even better for the brand thanks to the pair of crossovers.

Looking into the future, the model lineup will expand to include five EVs by the middle of the next decade. Meanwhile, several plug-in hybrids based on existing nameplates will be added as well, with the Superb and Kodiaq leading the way.