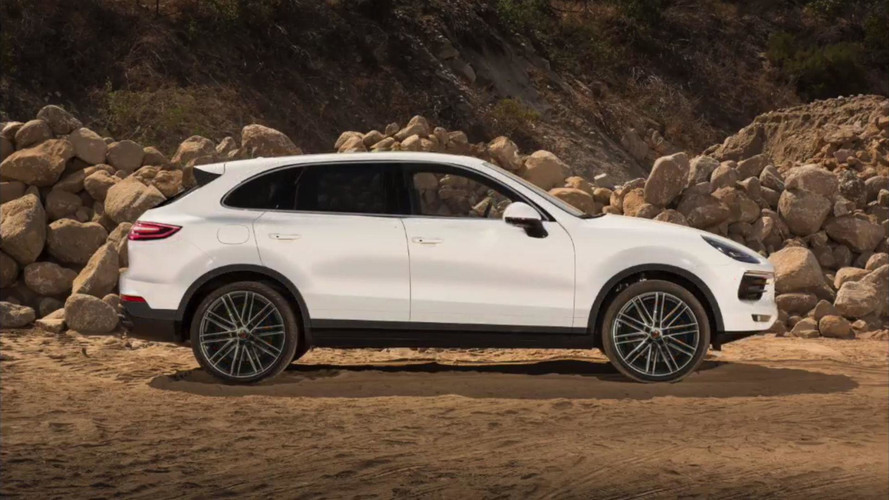 We’re just a few days away from the debut of the all-new Porsche Cayenne. The sporty SUV is scheduled to be unveiled next Tuesday, August 29, at 9:00 PM CEST (3:00 PM ET) before making its public debut later in the year at the Frankfurt Motor Show.

Leading up to that August 29 debut date, the automaker has previously teased the third-gen Cayenne in a lone teaser sketch – and rendering artist Laurent Schmidt has gone to work on bringing that image to life. Using cues from the outgoing model as a base, the concept pictured here looks spot on for what will eventually be introduced.

The roofline is notably more sloped than the outgoing model, with a more prominent diffuser in the rear, and some 911-styled taillights. Newer, larger wheels give the concept a sportier look, and the front fascia ditches components like the reflector on the side fender, and the bulky running lights in place of a more streamlined design.

Already we know that the new Cayenne will share its MLB Evo platform with cars like the Audi Q7 and the upcoming Volkswagen Touareg. The Cayenne will be lighter than the outgoing model too, and more technologically advanced.

Both V6 and V8 turbo engine options will be available at launch, while a diesel option will be slightly delayed citing the company’s Dieselgate-related problems. Porsche has already said that it could ditch diesel altogether by the end of the decade, or the early 2020s.

A Turbo S E-Hybrid model will sit at the top of the range, expected to produce as much as 680 horsepower (507 kilowatts) and 626 pound-feet (850 Newton-meters) of torque. The range-topping Cayenne will use the same hybrid powertrain found on the Panamera variant with the same name. The new Porsche Cayenne will make its debut in less than four days, so stay tuned on August 29 for full coverage.