Or is it going to be badged Black Series? Either way, it looks hardcore.

It was exactly a month ago when Mercedes-AMG introduced the GT4 race car and now it appears a road-going equivalent is in the works. It may seem like a regular GT R painted in the striking Green Hell Mango color, but upon closer inspection you will notice some wires covered by black tape are sticking out of the passenger door. That being said, most of the changes are at the back where the tailgate remains hidden underneath swirly camouflage.

Look closer and you will observe the GT R no longer has the pair of exhaust tips sitting in the middle next to each other as the two have been separated and are now housed nearer the sides of the bumper between the diffuser’s vertical fins. If this setup seems familiar, that’s because the track-only GT4 has the exact same layout as shown below. 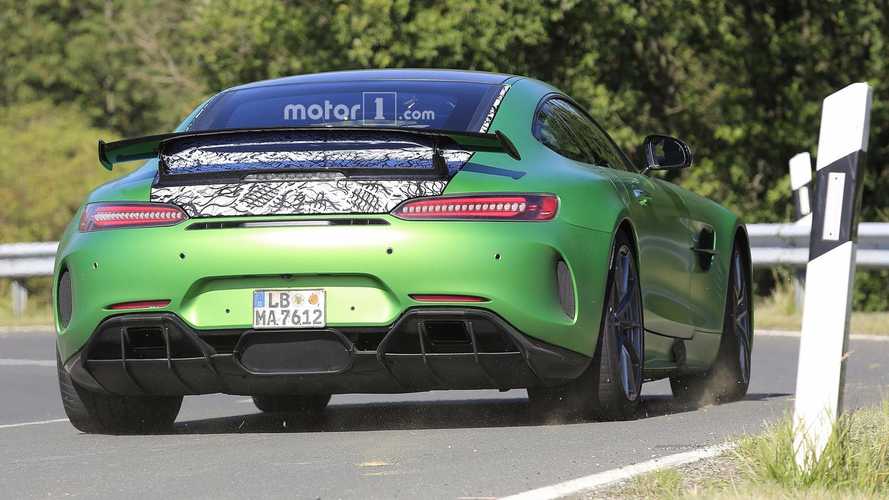 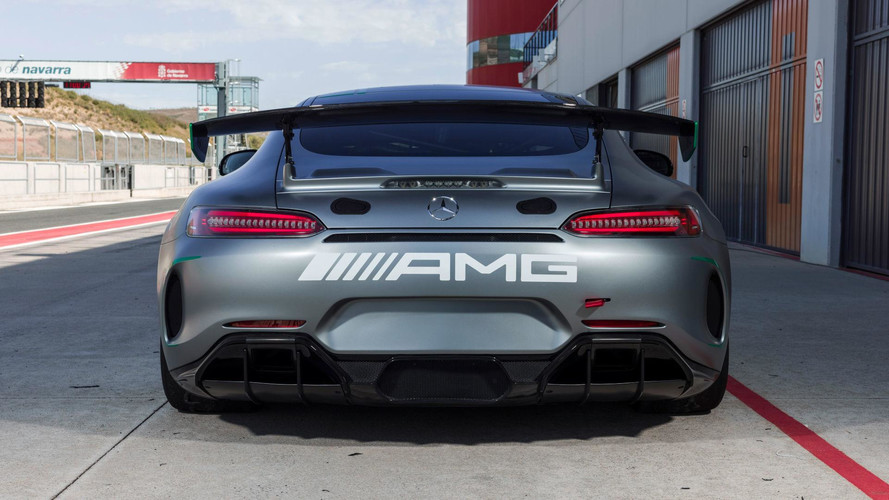 Mercedes is putting the GT R on a diet by installing a polycarbonate rear window, which will likely be complemented by other weight-saving features. Bear I mind the test vehicle had most of the R’s bits and bobs, but the real deal will probably receive different bumpers and other body changes to make it even more aerodynamic and aggressive.

While we don’t have a clear shot of the interior, it’s easy to see the prototype had a roll cage, though that doesn’t necessarily mean it will be there on the production model. However, it could very well end up in the final car considering this will be a track-focused machine destined to be positioned above the already intense R.

At its heart will be the familiar biturbo 4.0-liter V8 engine, which in the aforementioned R is good for 577 horsepower and 516 pound-feet (700 Newton-meters) of torque. It remains to be seen whether the AMG unit will be massaged to extract even more power. Even if it will be carried over without any changes, the GT4 / Black Series will still be quicker by shaving off some weight compared to the R. The latter tips the scales at about 3,650 pounds (1,655 kilograms) in its lightest form with all the fat-cutting features added.

As to when we will actually get see the real thing, sometime in 2018 is a safe guess with a price tag that will obviously surpass that of the $157,000 R.

Meanwhile, Mercedes-AMG is gearing up to introduce another performance model, which will be on a whole different level. We’re talking about the near-production Project One hypercar slated for a September premiere at the Frankfurt Motor Show.