Hamilton hits out at state of Singapore track 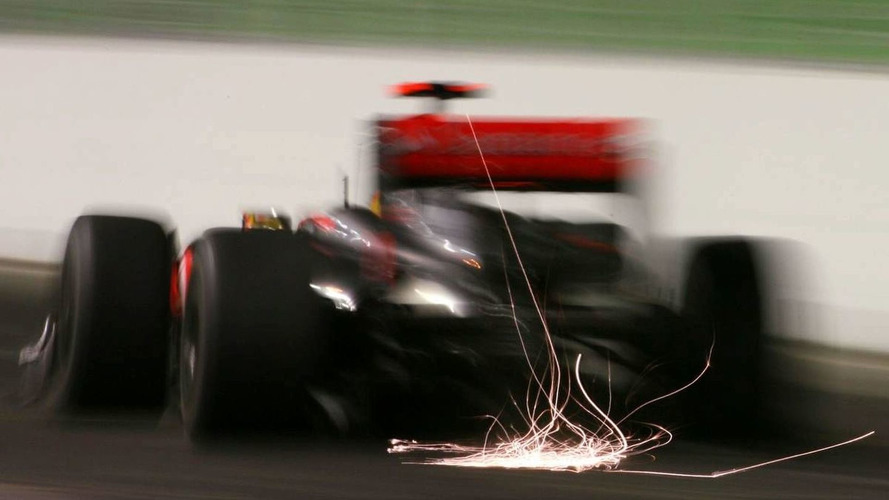 Lewis Hamilton hit out at the state of the Singapore street circuit on Saturday, after struggling for pace in Friday's practice sessions.

Lewis Hamilton hit out at the state of the Singapore street circuit on Saturday, after struggling for pace in Friday's practice sessions.

The Briton emerged on track for the final session before qualifying with a brand new McLaren chassis, his crew having discovered a problem overnight.

"It's such a bumpy track and the ride on our car was quite poor," said the reigning world champion. "It's shaking so much. The car is bumping and bouncing and sliding."

It was said that Singapore organisers had worked to smooth some of the worst bumps on the track since last year's inaugural event, but Hamilton charged: "It's still very bad. I don't really think it's changed at all to be honest."

It is believed the issues were discussed at length in the drivers' briefing.

Hamilton said the changes to the turn 10 chicane have actually made the circuit less safe.

"Now it's big, fat curbs and there's no runoff, so it's very dangerous," said Hamilton.

"I am sure the GPDA (Grand Prix Drivers Association), at the end of this week, we will have comments on the circuit that will hopefully aid the FIA in improving it next year," he added.

Gallery: Hamilton hits out at state of Singapore track